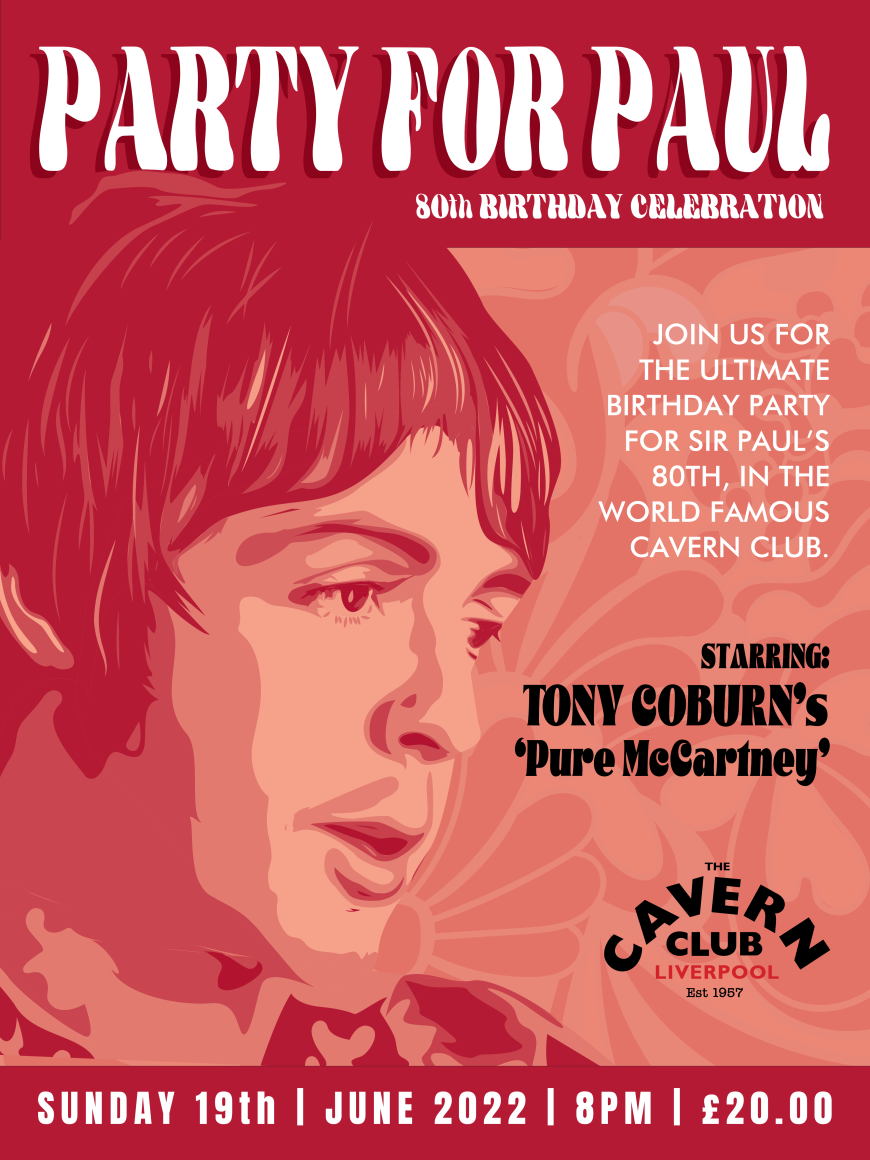 What better way to commemorate Paul McCartney’s 81st Birthday than right here at The Cavern Club in Liverpool?

Featuring our very own Tony Coburn’s Pure McCartney, we’ll be celebrating the legendary career of Sir Paul in the very same venue he played in 2018 and 1999, the Cavern Live Lounge!

Pure McCartney is a tribute to Sir Paul McCartney, fronted by The Cavern’s own Tony Coburn. This band of familiar faces perform a wide and varied collection of songs from McCartney’s back catalogue – everything from Beatles, Wings and McCartney’s solo records.

In 2019 the band played the Philharmonic Hall as part of the Lennon & McCartney Songbook, joined by none other than Wings drummer Steve Holley and headlined International Beatleweek festival’s Scousechella event at Grand Central Hall and even made a couple of trips away from Liverpool with gigs at Twisted Wheel in Manchester and Gothenburg Beatle Day in Sweden before returning to International Beatleweek in 2021, headlining the Monday night event at The Shankly Hotel.

Tony has been paying tribute to Paul for many years now, starting out with his brother Jimmy in The Blue Meanies and now a long time resident musician at The Cavern as a solo acoustic artist and member of The Cavern Club Beatles, the venue’s officially endorsed Beatles tribute band. He has also performed in the West End and on Broadway in internationally acclaimed Beatles stage shows. 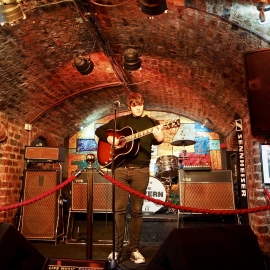