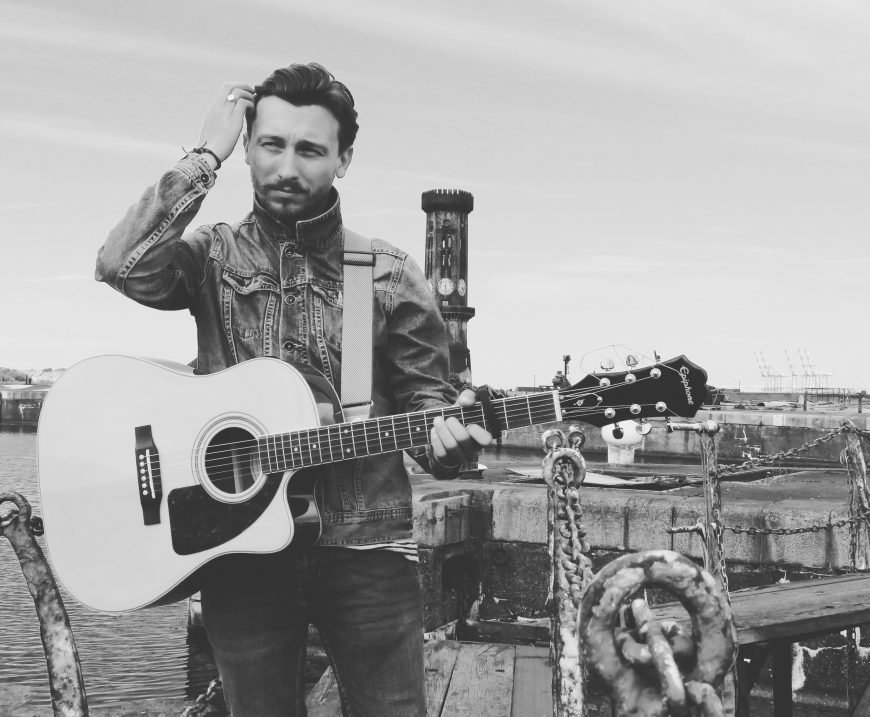 Former resident artist at the Cavern Club, Tony returns to Mathew Street for two weekly slots in the Cavern Pub.

Liverpool born and bred, this local singer/songwriter has been performing around the city for a number of years with his acoustic guitar and harmonica, mixing soulful cover versions with classic Rock ‘n’ Roll, Britpop and songs from present day, all delivered with his natural scouse wit and charm, making each song his own.

Tony has been performing for 12 years, including a regular slot at the “most famous club in the world” and has, in the past, been involved with International Beatleweek festival, as both performer and compere.

A natural performer, Tony is back doing what he does best so expect to hear anything from Ray Charles and Otis Redding to Crowded House and Ryan Adams, with even the odd song from his original repertoire, which he will be recording and releasing with Klee Records in the near future.