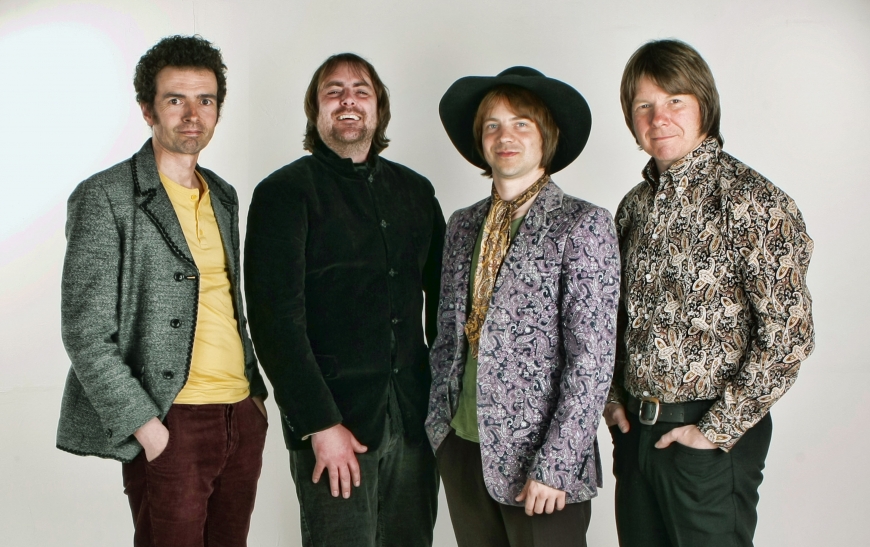 ***This event has been rescheduled. All tickets still valid***

Formed in 2007, the Small Fakers are the UK’s only tribute to the sensational Small Faces.

Hits galore at every show including All Or Nothing, Itchycoo Park, Lazy Sunday and many more mixed in with B-sides and rare gems from the Small Faces’ back catalogue. A visual and musical feast for all Small Faces fans.

The journey started around the time of the 2006 Small Faces convention where Matt got up and did a few numbers with the band ‘Dan’s People’ – Dan being their drummer. The idea was now firmly planted in Matt’s mind and started to grow. Dan knew ‘Ronnie-a-like’ Neil after standing in on drums for his band ‘The DB5’s’ and Matt had previously been in an originals band with Jon ‘hammond’ Gray, so they didn’t have to look far for the right organ grinder!

After getting ourselves together, we rehearsed hard and in February 2007 we did our first gig and launch party in London’s 229 The Venue. We got some great reveiws and feedback which left us with a positive afterglow and a good stepping stone to the future of the Small Fakers.

In 2009, Mr Dean Rees climbed aboard the Fakers bus as our new master of the Hammond organ. Jon still joins the band on tour when they play their Ogdens Nut Gone Flake shows, playing backup keyboards and looking after the visuals.

We have been joined on stage (or did we join them?) at various times by Small Faces, The Who & The Faces drummer Kenney Jones, original Small Faces organist Jimmy Winston, Sex Pistols bassist Glen Matlock, 60’s session guitarist Graham Dee & 60’s blues & soul vocalist Chris Farlowe and performed a selection of tracks live on Brighton Beach with the cast of the musical All Or Nothing.

Highlights for us so far include playing at the Isle of Wight Festival, Carnaby Street Small Faces plaque unveiling, the Small Faces Conventions, Butlins(!), meeting many of the Marriott family, playing at Stan Lane’s birthday, as well as meeting some top people: John Hellier, Val Weedon, Stan Lane and Mick Taylor who have helped us along the way.