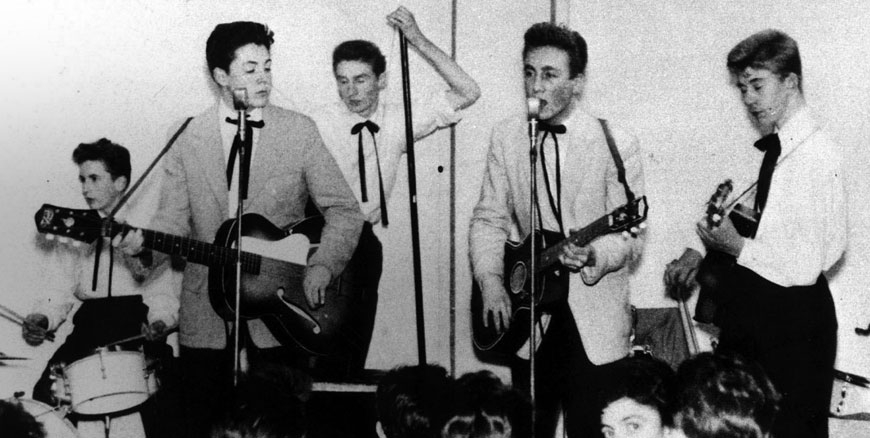 The Fabulous Fifties The Cavern club founded on Jazz and Skiffle

The foundations of the Cavern Club were built on the energy and vision of a young jazz aficionado and his uncompromising passion for the music he enjoyed. He created Liverpool’s first venue dedicated to live popular music.

Unfortunately creative success was not matched by profit. If the club was going to last it needed firmer foundations. His successor found that balance but by the end of the 1950s, competition from more business minded organisations would soon challenge the Cavern Club’s rapid rise to popularity. 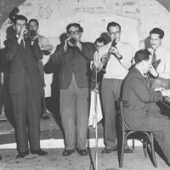 The Cavern Club opened in a warehouse cellar at 10, Mathew Street, Liverpool.

Owner Alan Sytner named the club after the Paris jazz club, Le Caveau De La Huchette and planned for it to become the top jazz venue outside London.

Top of the bill on the opening night was the Merseysippi Jazz Band supported by the Wall City Jazzmen, Ralph Watmough Jazz Band and the Coney Island Skiffle Group.

Six hundred jazz fans crammed inside and hundreds more queued in Mathew Street, hoping to get into the club. 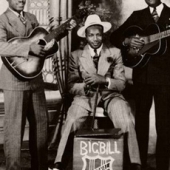 He’s the first of a succession of legendary blues artists to perform at the club, Sister Rosetta Tharpe, Marie Knight, Sonny Terry and Brownie McGhee and many others.

Richard Starkey (later known as Ringo Starr) is thought to have made his debut at the Cavern Club, playing drums with the Eddie Clayton Skiffle Group.

Skiffle, the folk style music with a rock’n’roll influence was played by teenage groups using cheap guitars and domestic utensils. 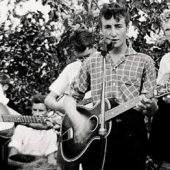 The Quarry Men Skiffle Group made their first advertised appearance at the Cavern Club.

Thursday evening at the Cavern was Modern Jazz Night and this night was the debut performance at the Cavern by modern British jazz performer Ronnie Scott.

Together with Tubby Hayes, Ronnie Scott formed The Jazz Couriers who produced some of the finest modern jazz records of the 1950’s. 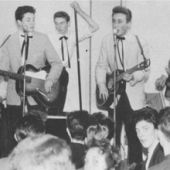 Paul McCartney makes his debut at the Cavern Club as a member of the Quarry Men Skiffle Group. 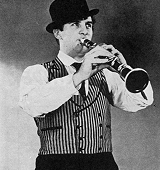 They became the first UK act to top the U.S. charts in the 1960s and their 1962 hit single ‘Stranger On The Shore’ remained in the UK charts for 55 weeks. 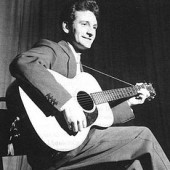 Lonnie Donegan was in Liverpool performing at the Empire Theatre and visited the Cavern Club on Saturday lunchtime. Lonnie later said that he was sure he had seen the Beatles play that afternoon. 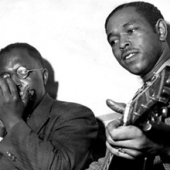 Ray McFall became the new owner of the Cavern Club after buying the lease from Alan Sytner who had moved to London to manage the Marquee Jazz Club.

His opening night featured two American Blues legends, Sonny Terry and Brownie McGhee. Under his new ownership the jazz identity of the Cavern began to give way to the growing beat music scene in the city. 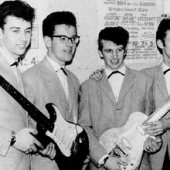 Rory Storm and The Hurricanes, formerly the Texan Skiffle group, appear for the first time at the Cavern Club under their new name.

By the end of the decade skiffle bands had forged new musical identities and stopped using the word skiffle in the band title.