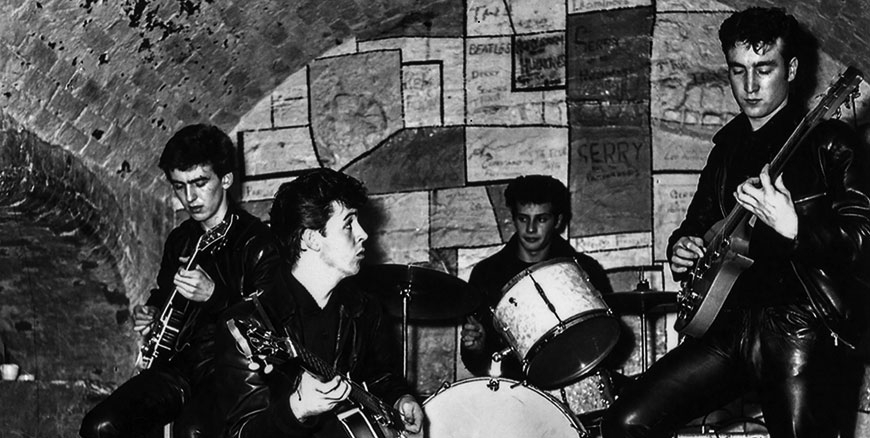 The Swinging 60's The Merseybeat boom is born

In early 1960 the Beat Music scene in Liverpool exploded and the Cavern Club became the most publicised pop music venue in the world. Ironically the beat groups whose careers were launched from the Cavern became famous and too expensive for the Cavern to book.

The lack of facilities and comfort at the Cavern Club made it less popular with audiences but a change of ownership revitalised the venue for a time. Despite its legendary status and the introduction of alcohol sales and a disco room, it never regained the popularity it had enjoyed in the early 60s. 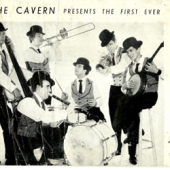 Liverpool’s first jazz festival was hosted by the Cavern Club and included many of the great names in British jazz.

Though jazz performances remained popular at the Cavern Club until mid 1963 a new musical mood was already gathering force across Britain, especially in Liverpool. 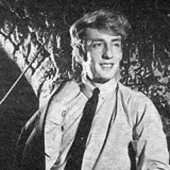 The first advertised beat night session at the Cavern Club was opened by Rory Storm and the Hurricanes with Ringo Starr on drums.

Little did they know they were striking the first chord of the most exciting period in British rock’n’ roll history.

This new sound with imported US influences had a distinctive Liverpool style and was christened Merseybeat. The Cavern sound was uniquely powerful and its atmosphere electrifying. 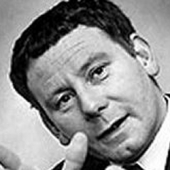 Bob Wooler visited the Cavern Club for the first time.

When Bob was asked to make an impromptu announcement his first words were “Remember all you cave-dwellers the Cavern is the best of cellars”.

On hearing this, owner Ray McFall offered Bob the role of compering the lunchtime beat sessions. Bob remained the Cavern Club DJ and compere during the 1960s and became the most important figure in the development of Liverpool’s beat scene. 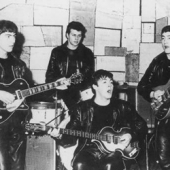 The Beatles soon established themselves as the Cavern Club’s signature act. It became the place where their musical identity was forged and many of their fans maintain the band was its best during those lunchtime gigs, learning stagecraft through the exchanges with the audience only inches away. The band were always nostalgic about the Cavern. 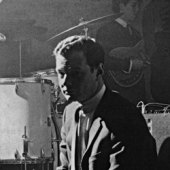 Liverpool businessman Brian Epstein, whose family owned the nearby record store NEMS, visited the Cavern Club for a lunchtime session and saw his first performance by the Beatles.

Brian Epstein offered to become the band’s manager and by June 1962 had secured a recording contract for them with Parlophone Records. 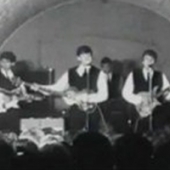 Ringo Starr appeared at the Cavern Club as the Beatles drummer for the first time. Pete Best had played his last gig with the Beatles on 15 August.

Just three days later Granada TV filmed a Beatles lunchtime performance. This unique, grainy footage features the songs Some Other Guy and Kansas City and voices in the crowd can be heard chanting ‘We want Pete’. 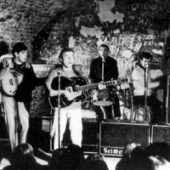 This marked the last of 292 performances at the Cavern Club by The Beatles.

Alongside other Cavern regulars such as Gerry & the Pacemakers, Billy J Kramer and the Dakotas, the Searchers, Cilla Black, the Four Most, the Swinging Blue Genes and the Merseybeats, the Beatles led a Liverpudlian takeover of British pop.

By 1964 the Beatles had taken America by storm and their phenomenal success gave the Cavern Club a magical status and it was a prestige port of call for a multitude of British bands and recording artists from the USA. 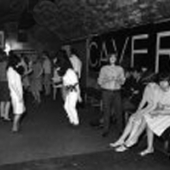 Despite the Cavern Club’s success it was not a financially secure business and owner Ray McFall was declared bankrupt so the Cavern Club was forced to close. The closure came as a real shock but it quickly attracted two new investors Alf Geoghegan and Joe Davey who set about developing and improving the Cavern Club. 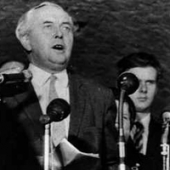 The British Prime Minister Harold Wilson officially opened the Cavern Club which had been overhauled and extended to include a new entrance, a souvenier shop, a boutique and a ground floor coffee lounge and eatery, whilst retaining its original basement vaults and atmosphere.

Top of the bill on the opening night were American soul stars Rufus Thomas and Soloman Burke. 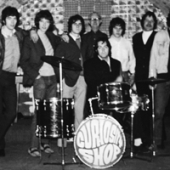 Paul McCartney made an unannounced afternoon visit to the Cavern Club with his new girlfriend Linda Eastman. Alf Geoghegan rushed out to buy a camera and Linda took several photographs of the visit.

The band Curiosity Shop were rehersing and Paul decided to join them by helping out on the drums.