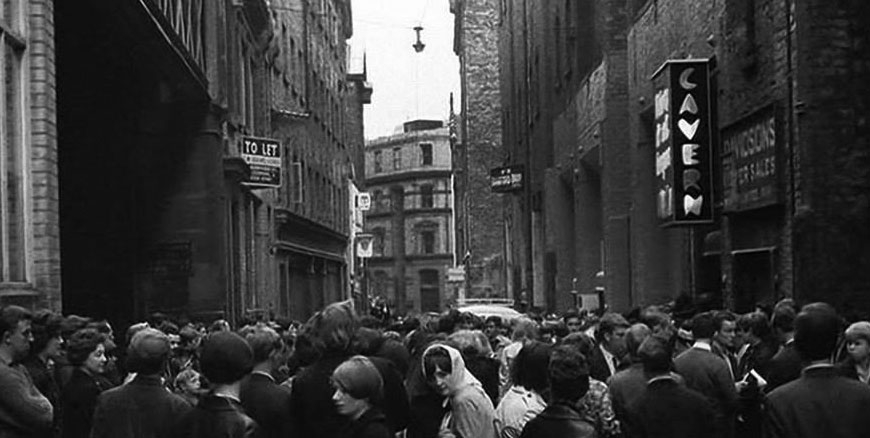 The 1970s started with another change of ownership. The historic standing of the Cavern Club didn’t stop British Rail enforcing its closure in 1973 to allow building work on a new underground railway system to commence. The ancient warehouses above the Cavern Club were demolished while the cellar itself was filled with rubble and left like a sealed tomb for the remainder of the decade. 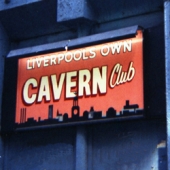 Under their new ownership the Cavern Club continued to provide a good standard of music and they brought in top bands along with a mix of quality local musicians. 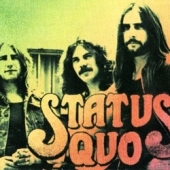 Their road manager and harmonica player Bob Young recalls ‘It was very difficult getting all the equipment in and out and the stage was too small for Quo to run around as they tended to do, but we were happy to say we’d played on the same stage where the Beatles had played so many times’.

Queen appeared at the Cavern Club.

Freddie Mercury had been living in rented accommodation in Penny Lane, Liverpool and had joined a local rock band called Ibex. He left Ibex in late 1969 to join Brian May and Roger Taylor after an improptu performance with them in a Liverpool venue called The Sink.

British Rail took ownership of the warehouse block 8-12 Mathew Street which housed the original 1957 cellar vaults of the Cavern Club, the extended cellar area Ray McFall had created in 1964 to provide space for Cavern Sounds Recording Studios, plus the ground floor extensions made for the re-opening in 1966. The plan by British Rail was to clear that part of Mathew Street to build a ventilation shaft for the city’s new underground railway loop. 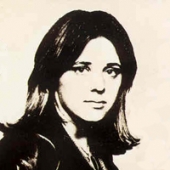 Suzi Quatro was the last major recording artist to perform at the Cavern Club during the period 1957-1973. Her single ‘Can the Can’ was released in 1973 and reached number 1 in the charts where it remained for 14 weeks.

The Cavern Club closed and re-opened opposite in new premises at 7-15 Mathew Street.

The iconic red and yellow vertical Cavern sign was taken down from the wall above the entrance at 8 Mathew Street and was relocated opposite above the door of 7 Mathew Street. The sign remained there until 1992 when it was blown down and destroyed during a storm. 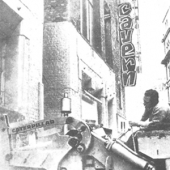 Bulldozers moved in to start the demolition of the warehouse buildings that housed the world famous Cavern Club in Mathew Street.

Although the buildings at street level were demolished, the original cellar was not destroyed, only filled in with the rubble from above. The proposed ventilation shaft was never built and the site of the Cavern Club became a rough surface street level storage area for British Rail vehicles before becoming a car park. 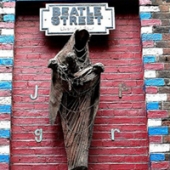 Liverpool docker and sculptor Arthur Dooley unveiled his Beatles statue located high on the wall opposite the original Cavern Club.

Beatles fans gathered in Mathew Street for the unveiling. The statue is a woman and three babies with a fourth baby with wings on its back on the wall next to the statue. The baby with wings represented Paul McCartney who had flown away from the Beatles and created his new band called Wings. The fourth baby was stolen from the wall in the mid 1980s.

The Cavern Club at 7-15 Mathew Street changed its name to the Revolution Club and hosted a music appreciation club called Erics.

Unfortunately, this didn’t help to improve trade and Revolution closed on 14 April 1976. 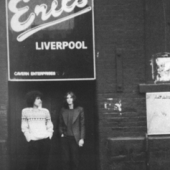 The venue at 7-15 Mathew Street re-opened as Eric’s.

Eric’s greatest influence was on local groups. Orchestral Manoeuvres in the Dark, Echo and the Bunnymen, Teardrop Explodes and Wah! Heat all played their first gigs there. Big in Japan were an Eric’s success story, band members later had links with the Lightning Seeds, Frankie Goes to Hollywood, Siouxsie and the Banshees, the KLF and the Cream nightclub.