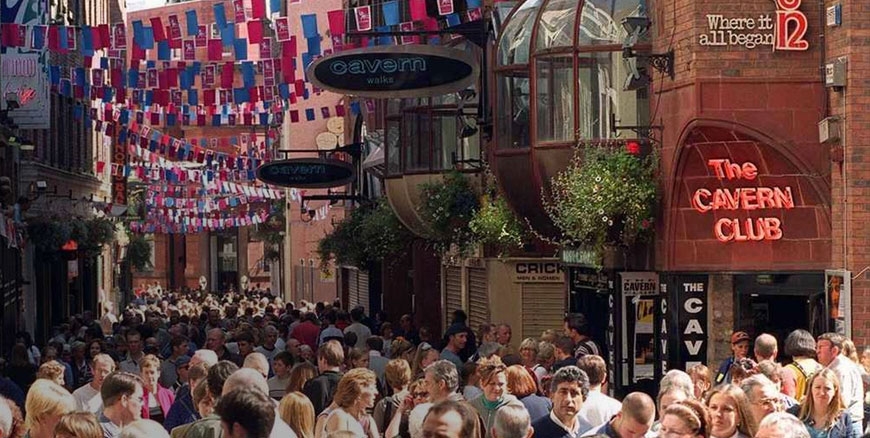 In the 1990s, Cavern City Tours became the new owners of the Cavern Club and found a balance between paying homage to the rich musical legacy of the Cavern and continuing to fulfil a role in providing a stage for contemporary local bands to perform live music.

Cavern City Tours re-opened the Cavern Club and continued to provide the disco music which had been so successful under the previous owner.

Within a month the Cavern was open six days and three nights to cater for the growing visitor market.

The new owner’s aim to bring back live music to the Cavern didn’t happen immediately. 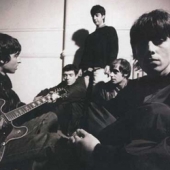 Live music sessions were introduced Tuesday to Thursday featuring local bands. The bands were provided by Roag Best’s Splash Promotions who tried to make the band nights commercially viable for himself and the Cavern.

One of the promotions in the summer of 1992 included a young band from Manchester called Oasis. Noel Gallagher later complained that playing the Cavern was a disappointment as it was like a wine bar.

Splash Promotions continued to put live music on at the Cavern until 1995.

Donovan made his Cavern debut and was the first of many legendary artists to appear at the Cavern Club under Cavern City Tours ownership.

To facilitate more live concerts by known artists a larger second stage along with a comfortable band room was created. 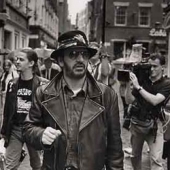 Ringo Starr was in Liverpool to film a documentary for the Disney Channel called Going Home and visited the Cavern Club.

During the film Ringo winked at the camera and said “ This will be a nice surprise for the lads” and then autographed two squares on the iconic stage wall which feature the name of the Beatles and Rory Storm and the Hurricanes. It certainly was a surprise because it wasn’t until six months later when the film was released that anyone knew Ringo had signed the wall. 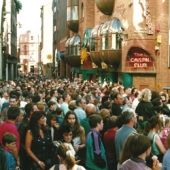 The Cavern Club played host to Liverpool’s first Mathew Street Festival which had its only outside stage on the car park at the side of the Cavern Club. Many other bars in the Mathew Street area also featured live music throughout the day.

Cavern City Tours converted a disused cellar opposite the Cavern Club on Mathew Street and opened the Cavern Pub.

Themed with images of the Cavern and memorabilia signed by legendary artists who had played at the iconic venue, the pub became a live music venue in its own right. 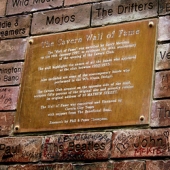 The 40th anniversary of The Cavern Club.

As a tribute to the many performers who appeared at the Club before its closure in 1973 the Cavern Wall of Fame was created. It covers the entire frontage of the Cavern Pub and each of the 1801 bricks in the wall feature the name of an act which played the Cavern. Witnessed by thousands of onlookers Gerry Marsden unveiled the Wall of Fame, then Billy J Kramer unveiled a life size statue of John Lennon which now stands leaning against the wall outside the Cavern Pub. 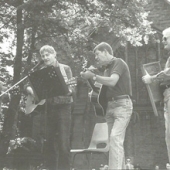 Almost 1000 guests were invited to the Cavern Club to celebrate its 40th birthday. Three jazz bands from the opening night of the Cavern in 1957 started the celebrations with a lunchtime set, followed by other Cavern regulars from previous decades.

The remaining members of the Quarrymen skiffle group Pete Shotton, Eric Griffiths, Colin Hanton, Len Garry, Rod Davis and John Duff Lowe were reunited and performed a short set together for the first time since the 1950’s. As a result of the gig the band decided to reform. 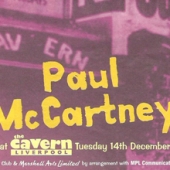 Paul McCartney announced on national TV that he couldn’t think of a better way to rock out the end of the century than with a rock ‘n’ roll party at the Cavern Club. It was reported by the media as the gig of the century. 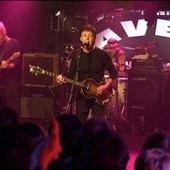 As well as the audience in the Cavern, the concert was broadcast live on Japanese TV and on BBC Radio One.

Thousands of fans gathered in Liverpool city centre to watch the concert live on a huge outdoor screen and the concert had an estimated net cast audience of 53 million. A DVD was released – Paul McCartney Live At The Cavern Club.