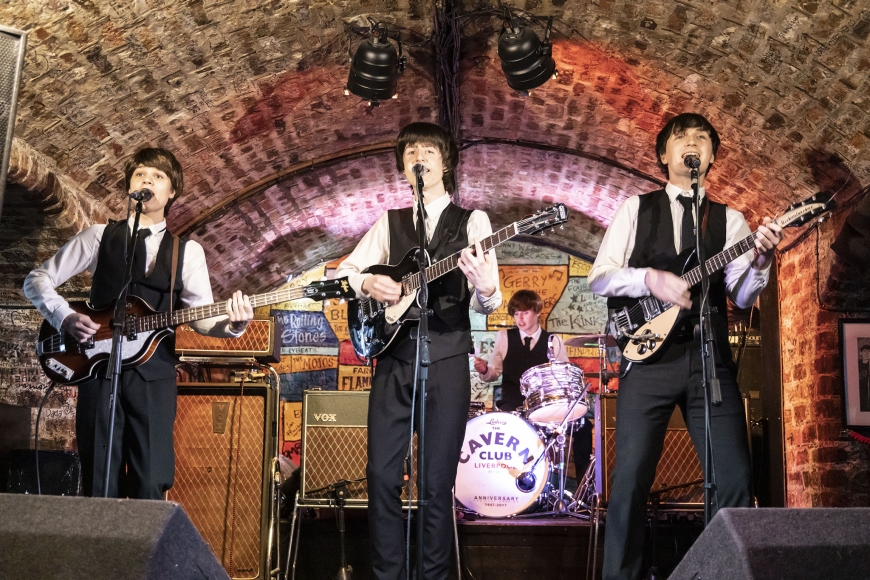 Younger music fans are discovering the Beatles for the first time, almost as a new band, such is the timeless appeal of this music, and that’s before you even delve into their solo careers.

‘…so let us introduce to you’ Beatles Complete, one of the youngest tribute bands we have ever had in The Cavern Club. These local lads were just aged 14-18 when they took to the stage at 2021’s International Beatleweek festival to make their debut both at the festival and as a band.  They began in 2020 with Max (George) and Joe (Paul) after Joe  spotted an ad to start the band while purchasing a Hofner violin bass at his local music store. A year later, George (ex LIPA) and Tom joined as John and Ringo.

Together they have decided to start the next generation of MopTops and have gone on to become a Resident Band on The Cavern’s Saturday afternoon bill.

See them on the front stage under those iconic arches at 2:15pm and 4:15pm for two sets of Beatles classic. Expect the raw energy of the early Beatles and enjoy…. Beatles Complete!