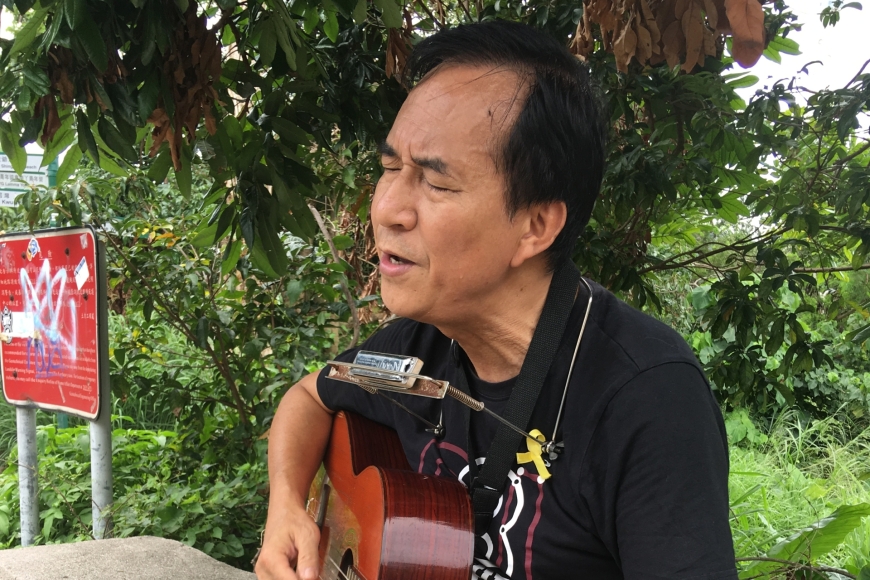 Jim was born in Hong Kong and started listening to the Beatles when he was 9 through his older brother, who was a Beatles fan.

He started to become interested in playing guitar at around the age of 11 and was greatly influenced by the Puerto Rican musician Jose Feliciano, which started a dream of becoming a solo performer, with the goal of singing and playing guitar in bars and restaurants.

By the age of 20, Jim had achieved this aspiration and lived life as a full-time musician for 2-3 years but soon found that it was not easy to survive as a full-time, professional musician so he made the sensible decision to get a job as an insurance agent and continued to perform music on the side.

In 1980 Jim was invited to play a memorial show for John Lennon after the sad news of his death shook the world. That night he performed John Lennon’s most famous song, ‘Imagine’ but reflects that he didn’t understand the song as much then as he feels about it now, taking on further meaning over time. Life experience really counts.

In 2018, a chance encounter with Cavern Club director Bill Heckle was followed by an invitation to Liverpool and International Beatleweek in 2019. Jim made the trip to Liverpool with his family and his musical journey came full circle.

Then, along came 2020, Covid-19 and the pandemic, the Cavern was closed, International Beatleweek festival was scaled right down to an online event and some acoustic performances in the club and it wasn’t until the end of 2021 that we realised Jim had relocated to the UK, operating his business from home and was living in Liverpool.

This led to his second appearance at Beatleweek in 2022, and thereafter invited to become a regular performer in the Cavern Club.

Jim plays on Tuesday and Friday mornings from 11:15am on the Front Stage.