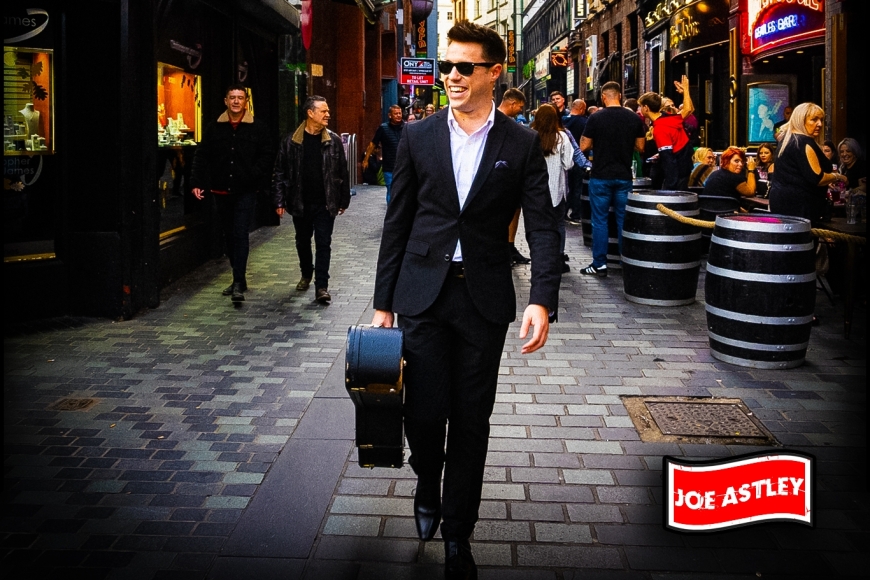 Joe Astley is a professional musician, songwriter and multi-instrumentalist from Wigan whose music has been heard on BBC Introducing, Radio X and XS Manchester.

Brought up with, and inspired by, the music of the 50s and 60s, his vintage style and energetic performances have gained him a huge following across Northern England and even in America; After recording original material at the legendary Sun Studio in Memphis, Tennessee, where Elvis Presley, Jerry Lee-Lewis, Johnny Cash and Roy Orbison cut their teeth, he has gone on to write and record top ten charting singles and sell out venues across the North-West.

Joe has been around the scene for a few years and had previously played The Cavern Club with his original music as part of Dave Monks’ BBC Introducing but the pandemic delayed giving him an opportunity to come and perform here as a solo acoustic artist. 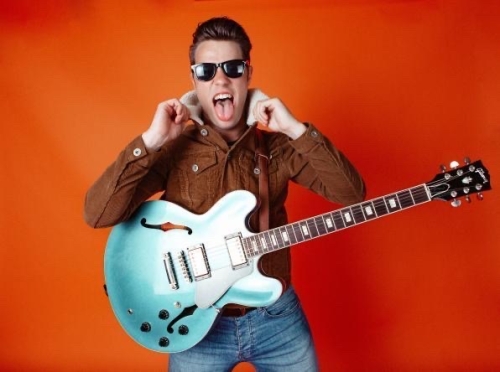 He made his debut in 2021 in one of our regular gig slots, entertaining the crowd with his wide repertoire of Rock ‘n’ Roll, Beatles, Mersey Beat and classic singalongs and performed at International Beatleweek that year with dedicated Beatles sets.

Since then he has been a regular performer at The Cavern Club, and you can usually find him entertaining crowds on a Saturday afternoon across both stages.

In 2022, Joe is releasing his debut album and launching it right here at The Cavern Club!