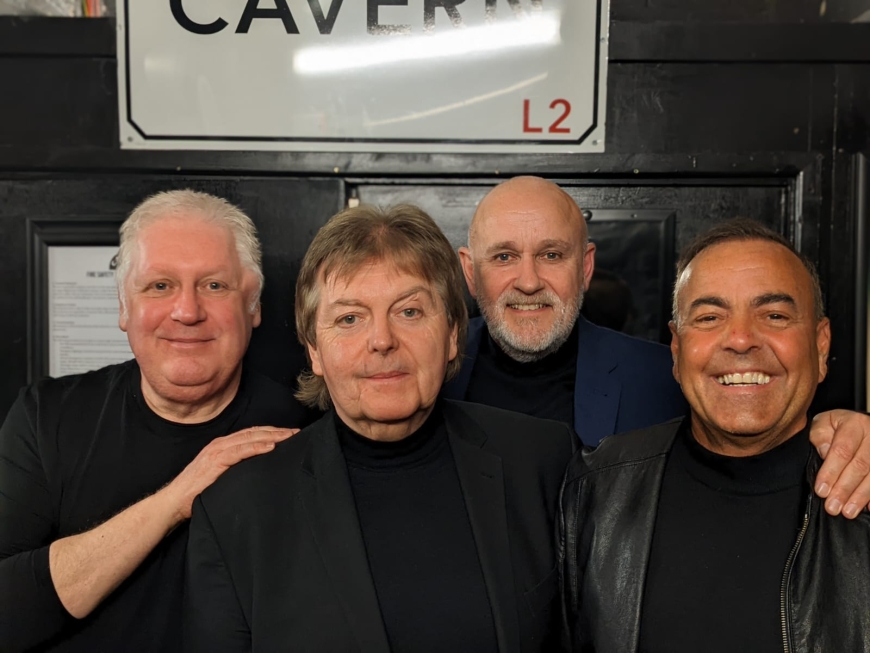 Cavern Club regulars and International Beatleweek legends, McDonald’s Farm from Dundee, Scotland have now been performing in Liverpool for over 30 years.

As Denny’s backing band they gigged extensively in and around London and major European cities, and were the resident band at “Lennon’s” Rock n Roll restaurant in Covent Garden London in 1989.

They appeared at the Adelphi Hotel in Liverpool for the first ever Wings reunion in 1992, Denny, Steve and Laurence together again on stage, unfortunately Paul & Linda couldn’t make that date !!

Now we welcome them back to their spiritual home as one of our resident bands, performing a couple of times a month in both the Cavern Front stage and the Cavern Pub.