Your Are Here:  Home Cavern News BBC Radio 4 Bookclub recorded at the Cavern 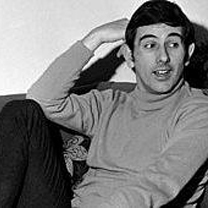 In 1966-68 Hunter Davies spent eighteen months with the Beatles at the peak of their powers. As their only ever authorised biographer he had unparalleled access – not just to John, Paul, George and Ringo but to their friends, family and colleagues.

He hung out in Abbey Road studios whilst they recorded Sgt Pepper’s Lonely Hearts Club Band. At the end of sessions the Beatles happily let him pick up scraps of paper with half written lyrics on them, before the cleaners could tidy up. In the early 1980s he realised they were worth more than his house, and he gave them to the nation; the lyrics to Yesterday he saved now sit alongside the Magna Carta in the British Library.

All four Beatles were committed to the book, and Hunter was able to spend time with their families, John’s Aunt Mimi, and Ringo’s mother and stepfather as they settled into their swanky new bungalows far from the screaming fans in Liverpool. He even found John Lennon’s estranged father, Freddie Lennon, who was washing dishes in a hotel not far from John’s new home in Surrey – and Hunter introduced John to him after many years. Looking back at the book some forty years later, Hunter regrets not writing more about witnessing the Lennon and McCartney song writing process; he saw the genesis of songs like Getting Better and Across the Universe.

And although the book was first written and published before the group’s acrimonious split, Hunter says that George was already fed up of being a Beatle, and John was listless and bored.

Bookclub with Hunter Davies is a fascinating account of the heady days of the Beatles’ success. At the time he thought the bubble would burst and that they would be replaced in people’s affections – though not his own.

Listen to the programme online at this link