Your Are Here:  Home Cavern News Cavern Entertainments Director Jon Keats shares his thought on the ‘Gig of the Year’ 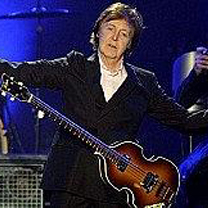 If you’ve been on another planet for the last week and didn’t already know – Sir Paul McCartney returned home to Liverpool to play the Echo Arena last night, exactly 1 year to the day since his last gig here. Performing to the packed arena and Cavern Entertainments Director Jon Keats was one of them. He shares his thoughts on the gig here;

“It was the end of another mammoth world tour and he (Sir Paul) was ready to have a party! A three hour party! I have to say it was like the very best house party you could imagine, such was the relaxed, informal way Paul approached last night’s homecoming show at the Liverpool Echo Arena. Early highlights for me included ‘Paperback Writer’ (where he played the actual guitar he had used to record the song!) and ‘The Long and Winding Road’. So many other great versions of so many classic songs – the soundtrack to our lives immaculately performed.
Lots of quirky stories along the way, witty banter with the Liverpool audience as well as a beautifully fluffed version of ‘Blackbird’ which made myself and other musicians feel a little better! A rare treat at the end and just for Liverpool, ‘Mull of Kintyre’ complete with bagpipes and drums. Other gems – ‘Day Tripper’, ‘Live and Let Die’ and rare outings for ‘Junior Farm’ and ‘The Night Before’ Looking forward to the next one now!”