Your Are Here:  Home Cavern News Cavern say “Thanks Mr Epstein” 50 years on 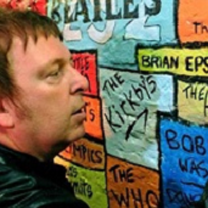 On the 9th November 1961 Brain Epstein , the manager of NEMS ,( a record and electrical store) accompanied by his assistant Alistair Taylor, made one of the most celebrated and significant walks of all time. A walk that in fact changed the face of popular  music forever.

It was on that historic  day that Brian walked from his City Centre office in Whitechapel to the Cavern Club in Mathew Street , a short walk of a couple of hundred yards . The purpose of his visit to The Cavern Club was to witness first hand, the local hysteria that surrounded a local group called “The  Beatles “. He too became captivated and very quickly became their manager and within 26 short months, together they had conquered the world. Without the work and acumen of Brian who knows what may or may have not happened. What is unequivocal is that without Brian, the Cavern would have been long since forgotten .Not only did he ultimately manage the careers of other Cavern Liverpool bands such as Gerry and the Pacemakers. The Merseybeats,The Fourmost and Cilla Black but he lay the foundations for the Cavern’s claim to be the most famous club in the world. Brian’s legacy is immeasurable, but to us here in the Cavern ,without him other artistes such as The Rolling Stones , The Who, Bo Diddley , Queen and more recently Adele would never have graced our stage. So it is on this 50th anniversary of his first visit we remember and say “Thanks Brian” 2.15pm  Ceremony to add a brick for Brian in the Cavern’s Wall of Fame on Mathew Street