Your Are Here:  Home Cavern News Cavern to host opening of 6 Music Festival

BBC 6 Music’s influential 6 Music Festival is being staged in Liverpool for the first time – and the Cavern is very proud to be hosting the festival’s opening event.

BBC Music Introducing…Live will be broadcast from our Live Lounge on Thursday, March 28.

Free tickets for the evening have been hugely popular. But even if you can’t be here in person, you can enjoy the experience on the radio.

Steve Lamacq will be broadcasting his show, including Round Table, direct from the club.

And it will be followed by a live event in the evening, hosted by the Cavern’s good friends 6 Music’s Tom Robinson and Liverpool’s own Dave Monks from BBC Music Introducing in Merseyside.

Tom, who has his own brick in the Cavern Wall of Fame, was performing on stage here on the day George Harrison passed away in November 2001, and played a tribute set to the much-loved Beatle.

Here at the Cavern we’re committed to showcasing the best new talent as well as celebrating the stellar sounds of some of the biggest acts in the world. 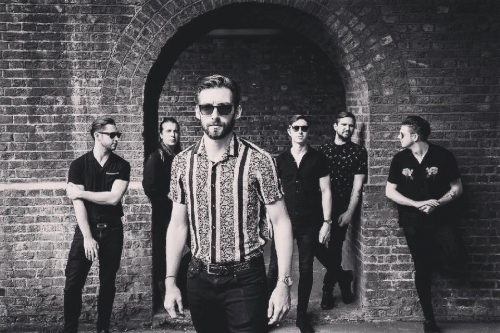 The line-up of talent on March 28 includes Red Rum Club (above) – who shot their Would You Rather Be Lonely? video right here in Mathew Street, Queen Zee, Zuzu and The Mysterines.

Red Rum Club are a sextet from Liverpool who are influenced by the sound of the city, delivering a modern twist of poetic yet catchy lyrics and melodies that blend to make the sound that is unmistakably their own.

WATCH – Would You Rather Be Lonely?

According to Iggy Pop no less, Liverpool’s Queen Zee “rock like crazy” while NME calls them “the most engaging, eye-catching group in the country right now”.

Liverpool’s Zuzu is a songwriter, producer, director, actor and comic book illustrator who stars in and orchestrates all her videos and records much of her music at her home studio here in the city.

And city three-piece The Mysterines deliver what one reviewer described as “grungy blues rock, with a healthy dose of classic Dad rock riffs.”

The 6 Music Festival runs from March 29-31 at venues across Liverpool and includes a mixture of live performances, ‘in conversations’, poetry with Roger McGough, a record fair and 6 Music Bingo with Jonny Bongo.

The Festival Fringe opens on March 22 and features artists and bands performing at venues across the city including a LIMF Academy Showcase at the Jacaranda and the Threshold Festival in Baltic Triangle.

Find out more about the 6 Music Festival HERE