Your Are Here:  Home Cavern News Former childhood home of George Harrison up for sale at The Cavern 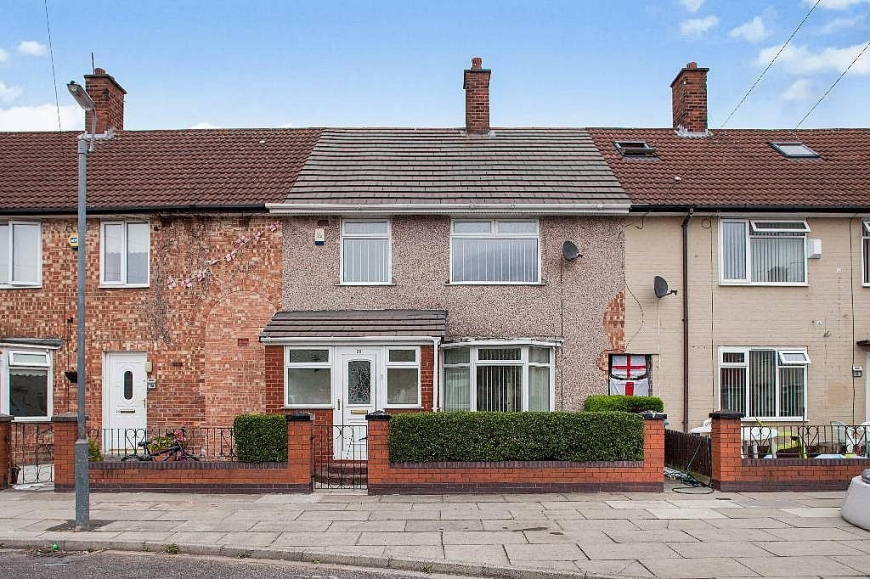 Following on from the successful sale of John Lennon’s first home, Countrywide auctioneers return to The Cavern to auction off a former childhood home of George Harrison on 20 October at 7:00pm.

Countrywide Property Auctions are delighted and honoured to once again be invited to offer at auction, another piece of Beatles history. 25 Upton Green was the childhood home of the youngest Beatle, George Harrison. The Harrison family moved into the then council house in 1950, when George was just six years old; he spent 12 happy years living there before fame and stardom whisked him away in 1962.

It was from here that George walked the short distance to the bus stop to take him to school at the Liverpool Institute for Boys each day. It was at that very bus stop that he befriended another Institute pupil; Paul McCartney. McCartney was already a member of John Lennon’s band, The Quarrymen; and recognising George’s talent with the guitar, he was eventually invited to join.

Despite his young age, 25 Upton Green became a regular rehearsal venue for The Quarrymen, due in large part to the tolerance of George’s parents.

It was from the very doorstep of number 25 that the iconic photo below was taken; showing the 15 year old George on his way to a Quarrymen gig; guitar case in hand.

In recent years, the property has undergone a complete renovation with a hallway, lounge, kitchen/dining room and a family sized rear garden. The first floor includes three spacious bedrooms, bathroom and WC.

Following on from last November’s hugely successful sale of 9 Newcastle Road; John Lennon’s first house, which achieved a sale price of £480,000 from a guide price of £150,000 plus, Countrywide Property Auctions will once again return to the world famous Cavern Club in Liverpool’s city centre on the 20th of October at 7pm.

We hope that you will be able to join us for this momentous occasion, when once again, we hope to sell another piece of Liverpool’s musical heritage under the hammer.