Your Are Here:  Home Cavern News Plain English at the Cavern Club 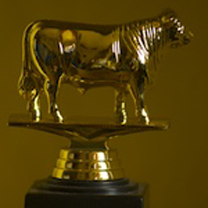 Plain English at the Cavern Club The campaign has been fighting jargon and gobbledygook for 32 years and 2011 brings the 32nd awards ceremony. Traditionally this has been held in London but this year, Liverpool, the Campaign’s birthplace, is hosting the event at the world famous Cavern Club.

Chrissie Maher, founder of Plain English Campaign says, “I wanted the campaign to give people the confidence to push back on the growing mountain of confusion and meaningless language in public information. The success of the campaign can be seen in the clearer information provided by many organisations over the years. But even though most people agree that plain English is plain common sense, our government needs to make it a legal duty that public communications are crystal-clear.”

The awards ceremony will dip into the world of creative gobbledygook using the worlds of music and art to highlight the need to get the message across clearly, whatever form of communication is used.

Read more about the winners here