Your Are Here:  Home Cavern News The Cavern to host its first ever pop-up stage at Eisteddfod! 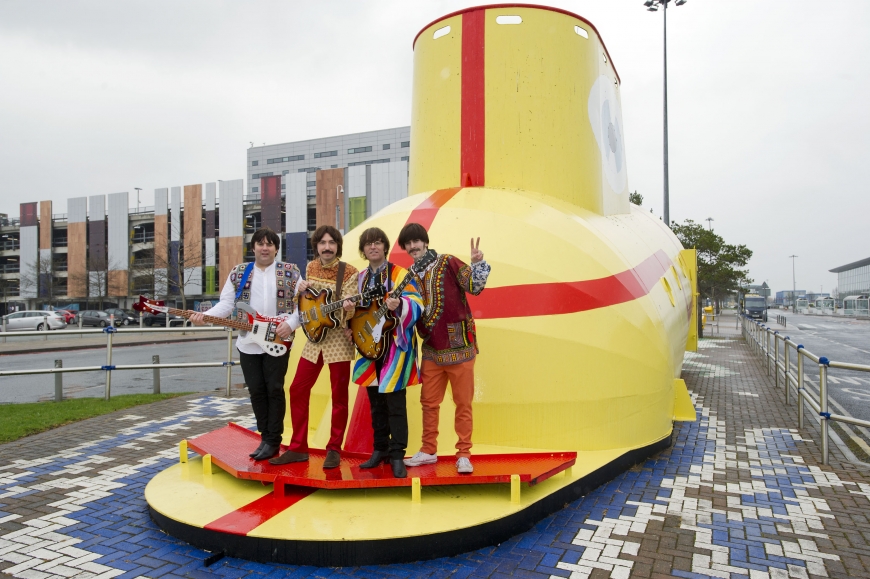 The Cavern to host its first ever pop-up stage at Eisteddfod!

The Llangollen International Musical Eisteddfod announced today that the most famous club in the world, The Cavern Club, will host its first ever pop-up stage at this year’s festival.

The Cavern will be joining bands including the Kaiser Chiefs at the festival’s finale party, Llanfest, on Sunday 8th July, as the date also marks the 50th anniversary of the Beatles’ animated film Yellow Submarine.

The International Eisteddfod has been promoting peace and goodwill through music and performance for over 70 years in the beautiful town of Llangollen in North Wales. It even helped launch Luciano Pavarotti’s career* and attracts over 4,000 performers and as many as 50,000 visitors across the week.

“The International Eisteddfod was created to heal the wounds of war and bring communities from across the globe together through music and dance, in the spirit of international friendship and peace.

“The Beatles’ values and international renown will help spread this message even further. We are so proud to be working with The Cavern Club who will be helping bring even more contemporary music genres to the festival, while still remaining true to the festival’s traditional values.”

“We’re thrilled to be working with the Llangollen International Musical Eisteddfod, both by hosting The Cavern’s pop-up stage at this year’s festival and commemorating the Yellow Submarine’s 50th anniversary, which has influenced music and popular culture for half a century.

“It is an incredibly exciting time for us, Liverpool and the music industry and to commemorate one of Liverpool’s biggest phenomenon at one of the largest international music festivals is amazing, we can’t wait for Llanfest!”

To celebrate their collaboration, international dancers from the festival (Sar Mayur) performed with The Cavern Club Beatles at the landmark Yellow submarine statute, outside Liverpool John Lennon Airport today. Launched in 2011, Llanfest was introduced as the finale party of the International Eisteddfod, to reach out to new audiences and attract festival goers from across the country. The announcement of The Cavern Club and Kaiser Chiefs 2018 appearance follows the huge success of legendary Welsh band Manic Street Preachers, who raised the roof of the Royal International Pavilion at the festival finale last year.

Fans of the Cavern Club can click here to receive 50% off day time tickets for 4th July – 7th July 2018 by using the promo code: SUB50