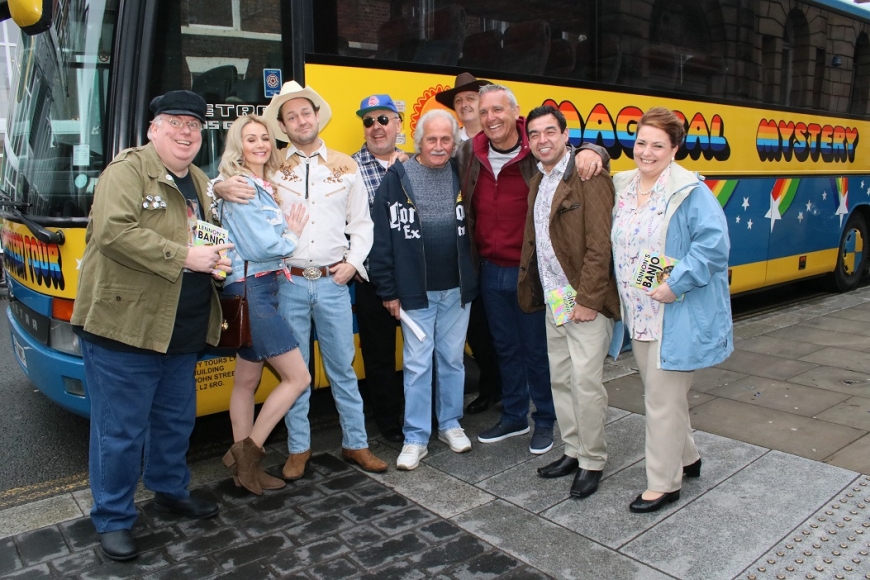 The race for the holy grail of pop memorabilia is on, in the world-premiere of a brand-new comedy.

Set in present day Liverpool: When Beatles tour guide Barry Seddon finds a letter written by John Lennon he unearths a clue to the solving the greatest mystery in pop history – the whereabouts of Lennon’s first musical instrument which has been missing for 60 years. But Barry’s loose tongue alerts tourist and Texan dealer, Travis Lawson, to the priceless relic. In an attempt to get his hands on the letter and the clues within, he persuades his beautiful wife, Cheryl to befriend the hapless tour guide and win his affections. The race for the holy grail of pop memorabilia is on!

So where do the facts end and the fiction begin? Everything will be revealed in this fast paced, comic caper of a play.

“The intrigue and mystery surrounding Lennon’s missing banjo, and the logic that it could be sitting in somebody’s attic right now, has the potential to make headlines around the world. The story crosses over beautifully from fiction to fact and back again to tease and tantalise the reader that every word is true.” – Trinity Mirror book review

The play is based on the 2012 novel ‘Julia’s Banjo’ by Rob Fennah and Helen A Jones and will mark the 60th anniversary of Julia Lennon’s death and the disappearance of the banjo she taught her son to play. This competition is now closed!