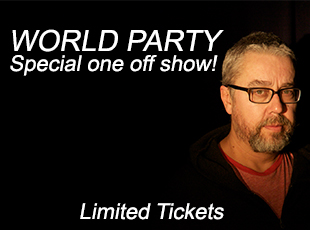 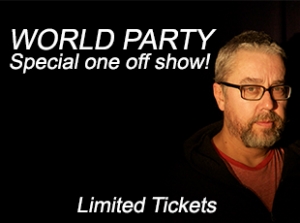 World Party are set to return to Liverpool for the first time in 15 years with a special one-off Liverpool gig at the world famous Cavern Club on 29th January. Band founder and acclaimed singer/songwriter Karl Wallinger will perform his hit songs that include Is It Like Today? Put The Message In The Box and the Ivor Novello Award winning She’s The One on the iconic stage that played home to The Beatles in the early 60s.

This special gig is one of just two UK gigs World Party will play ahead of their tour of America, which starts in May. Karl will reunite with fellow World Party member, drummer Chris Sharrock for two gigs to be played in Glasgow and Liverpool. Speaking about his forthcoming show, Karl says “Playing my music in Liverpool, at the Cavern Club, just feels like I’m coming home…….Hey, there’s a song in there…… It’s just one of those venues you have to check off the list of places to play, The Royal Albert Hall, Wembley Stadium, The Cavern Club!!”

World Party join the long list of great artists who have played on The Cavern stage including The Rolling Stones, The Who and more recently Adele, Arctic Monkeys, Jessie J and Jake Bugg.

Karl returned to performing in 2006 after suffering an aneurysm 5 years earlier and has since embarked on tours of America and Australia but little in the UK. Cavern Director Jon Keats says “We’re privileged to be one of two venues in the UK to welcome World Party to the stage. It’s been a long time since we’ve seen them in Liverpool and a return is well overdue. The atmosphere in The Cavern is unique and hard to beat. This will be a night to remember I’m sure.”