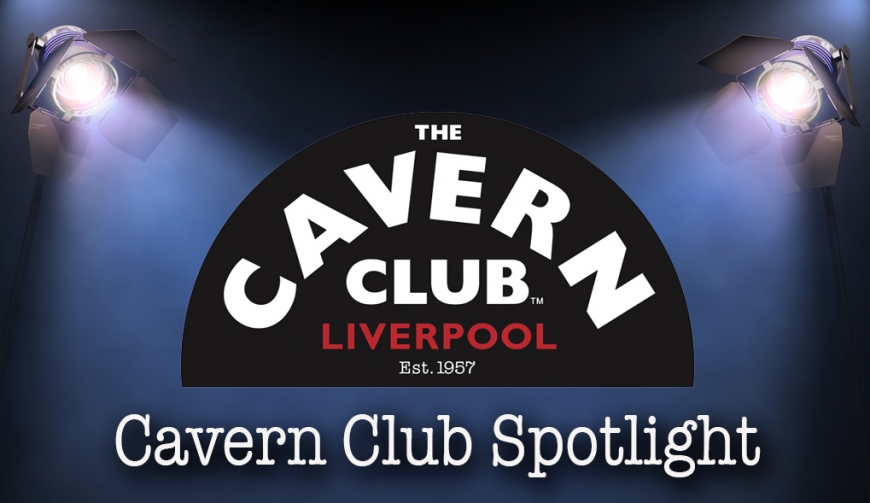 The Shakers were formed in 2005 by Tony O’Keeffe, and faithfully recreate the sights and sounds of the Merseybeat and Hamburg era live on stage.

With their hearts firmly in the early 60s, they cover everything from the big hits to the forgotten B-sides and all music in between.

They have a twice-weekly residency at the Cavern, a Swingin’ Saturday lunchtime session and Shakin’ Sundays.

The Shakers are Tony O’Keeffe on drums, Eddie Harrison – guitar and vocals, and Martin Davies – bass and vocals.

We caught up with founder Tony to find out more about the band.

Tell us about how the band was formed.

Having a long-standing passion for the early 60s Liverpool beat scene, I finally put the group together in 2005, to try and recreate the authentic Mersey Sound.

If you walked down the stairs of 10 Mathew Street in 1963 you would have seen a group on stage playing and looking, style-wise, very similar to The Shakers. We try and keep our setlist similar to one played around the clubs and dancehalls of Liverpool and Hamburg during that time. We include the hits, misses and beat standards from the period.

Can you explain what goes in to creating an authentic sound on stage?

Using the right instruments is vital and our Hofner endorsement makes sure we are fully covered there! (Plus the correct backline in the Cavern Club!) Then it’s getting the period correct sound from the gear. But, above all, getting the technique right to play the songs correctly.

It can be difficult to ignore our many other musical influences gathered over the years but we get as close as we can to the original sound.

How does it feel to play at the Cavern Club?

Amazing! It’s a different audience every show and we can play all over the world every week. For a beat combo like us, there is simply nowhere better to keep it beat.

What is the most popular request (if you take them) from the crowd – and what is the oddest one you have ever had?

Beatles songs always seem to top the list of requests, so no surprise there. However, we only play songs we know and if it is a song from after the period we cover, we tell them it hasn’t been written yet!

The oddest request was from a guy who came up to us after watching what we did for most of our set and asked us, with a straight face, to play a song by British Prog group, Marillion!

And what is your own favourite song to perform?

Lots! Always great to play Beatles songs in the Cavern but Merseybeat classic, What’d I Say is always exciting and gets the crowd going, like on The Big Three Live At The Cavern EP.

What do you think is the enduring appeal of the Fab Four? And in your view which country seems to have to most avid fans?

Classic songs, personalities and legend keeps the Fabs flag flying. Japan and the American continent seems to top the list for avid fans.

If you could lived through or been in a band during any musical decade, which one would you choose, and why?

No surprise here, the early 60s Merseybeat period! It was such an exciting time with many changes occurring in society as a whole and musically-speaking, the cross-over of rock ‘n’ roll into ‘beat’ and classic 60s pop. It was ‘Punk’ before Punk!

Raw rock ‘n’ roll with a shot of Rhythm and Blues on the side, just for good measure. Plus the many and varied clubs and ballrooms on the circuit meant a group could play ‘eight days a week’!

You can catch The Shakers most Saturdays and Sundays on the front stage of the Cavern. Visit our website to find out when they are next on!