Your Are Here:  Home Cavern News “Hello everyone, and welcome to the IPO Festival” 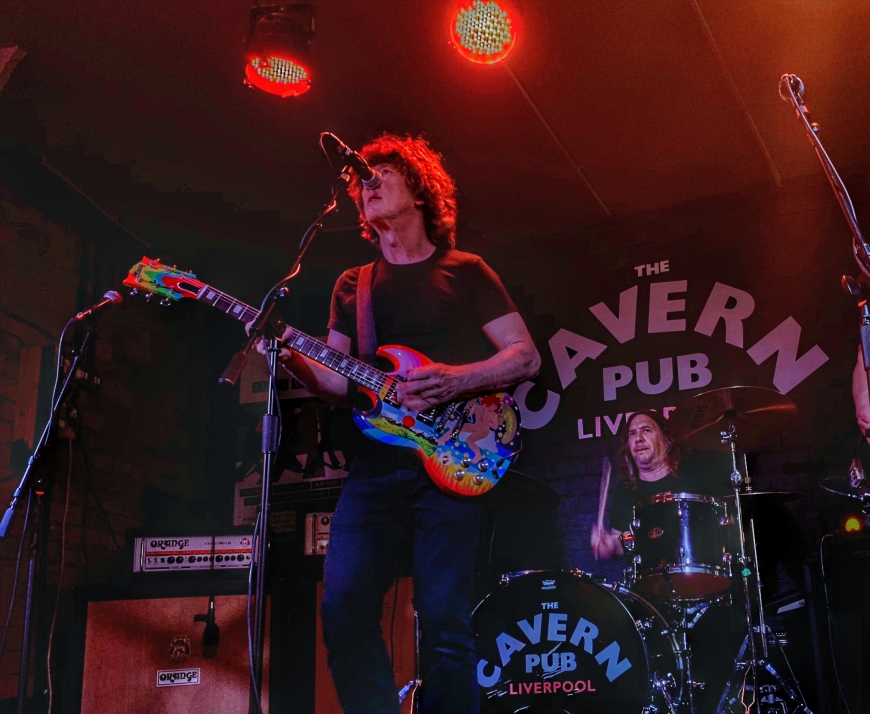 “Hello everyone, and welcome to the IPO Festival”

“At a recent International pop overthrow (IPO) festival in the States, a band had finished what I considered to be a tremendous performance, and as their style had particular Beatle-esque leanings, I was compelled to say during their outro, “I want everyone here to know that you have an invitation to play IPO Liverpool at The World Famous Cavern Club!” The crowd burst into rapturous applause, and the band looked dumbfounded; they’d been doing their thing for many years, but had never played The Cavern, probably having never dreamed it would even be possible, and here they were with an offer to play! The looks on their faces said it all; it was a look I’d seen a few times before, mostly on faces of bands who, for the first time, had walked down those hallowed flights to The Cavern; the sheer feeling of overwhelm and other-worldliness was palpable. The band in question, those feelings were a product of their imaginations, but perhaps (and hopefully) it will be something they will one day actually experience.”

“After 17 years, walking down the steps of The Cavern Club will feel just as surreal as it did the first time. Just being in Liverpool is truly an ineffable experience; there’s something about the look, the vibe, the people, and all of that swirling around in my head simultaneously, that just feels right! It truly feels like home to my wife and me, and as I write this my hands are almost shaking in anticipation of making the trip. Best of all (and this is where you, dear reader, come in), Rina and I will have the pleasure of seeing more than 130 of the best pop music artists from around the world do their thing on the two stages of The Cavern Club, as well as The Cavern Pub! I still can’t believe it; nobody could have invented this life, but I’m living it!”

“Being at The Cavern is one of the most awesome (in the truest sense of the word) experiences one can have, the ultimate bucket list fulfilment, whether you’re there as a tourist, or as a performing musician. People ask all the time what it’s like, and I tell them all the same thing: “I can say it in words, but that won’t do it justice. You have to go”. those of you who are reading this will know what I’m talking about, and I thank you for sharing that experience with me and everyone else who is attending the 17th Annual IPO Liverpool there!”