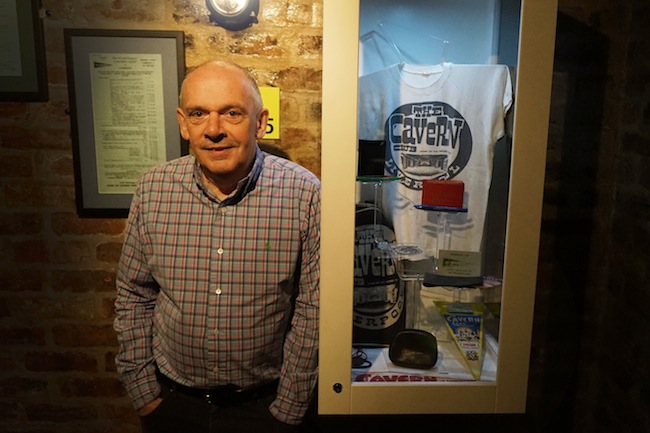 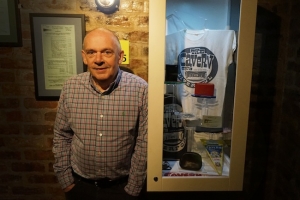 Little Stevie Wonder’s contract to play at the Cavern Club has been loaned to the award-winning Beatles Story in the Albert Dock.

The incredible artefact is dated 7 January 1966, when Stevie was aged just 16 and embarking on his amazing journey to success.

Pieces of original Cavern merchandise that were sold in the 1960s at the Cavern Club have also been loaned to the tourist attraction by Cavern City Tours and are now on display.

The Cavern Club memorabilia has been re-homed for Beatles enthusiasts to see what was on offer during the height of Beatlemania. The selection of original merchandise includes a Cavern Club pendant and leather chain, a PVC membership holder, an autograph book and a Cavern Club t-shirt.

Amongst the 12 pieces of merchandise is the original price list which has been included to give visitors to the world famous attraction an understanding of the cost of items on sale over half a century ago.

Another rare artefact that Cavern City Tours has loaned is one of the Beatles Yellow Submarine 33c stamps – believed to be the first American stamp produced in honour of a rock group. The stamp was launched to celebrate the rerelease of the animated film Yellow Submarine at International Beatles week in Liverpool in 1999.

Dave Jones, company director of Cavern City Tours, has also loaned some NEMS (North End Music Stores) items from his own private collection. These include a typed letter to Bob Wooler on NEMS letterhead signed by Brian Epstein dated August 1963, an original 78 vinyl record sleeve with NEMS Walton Road printed on the sleeve and a red and white plastic record sleeve for albums with the addresses of the NEMS Whitechapel and Great Charlotte Street stores printed on it.

Martin King at the Beatles Story in the Albert Dock said: “The loan by Cavern City Tours and by Dave Jones is greatly appreciated by everyone here at the Beatles Story and I am sure the same can be said for the visitors of the exhibition. The Cavern memorabilia and NEMS items will be of great interest to all Beatles fans, both young and old, and the stamp is a rare piece we have not seen before so will I’m sure be a popular piece for our visitors.

“The Little Stevie Wonder contract is a fantastic addition to our attraction and we are very grateful to Cavern City Tours for loaning this to us. We are always looking to add to what we have on display to offer visitors something more and these are all extremely welcome additions.”

Dave Jones, company director of Cavern City Tours, who loaned the artefacts, said: “The Cavern Club collection of artefacts includes a considerable number of items dating from 1957 to the present day.

“As part of The Cavern Club’s close working relationship with our colleagues at the Beatles Story we have loaned the exhibition a number of items from the ‘Cavern Collection’ for display in the exhibition’s recreation of the Cavern Club.

All the memorabilia, including the original merchandise, the Beatles U.S postal stamp and Little Stevie Wonder’s contract is now on display in the Beatles Story exhibition’s Cavern Club section.