Your Are Here:  Home Cavern News McCartney mania coming to the Cavern! 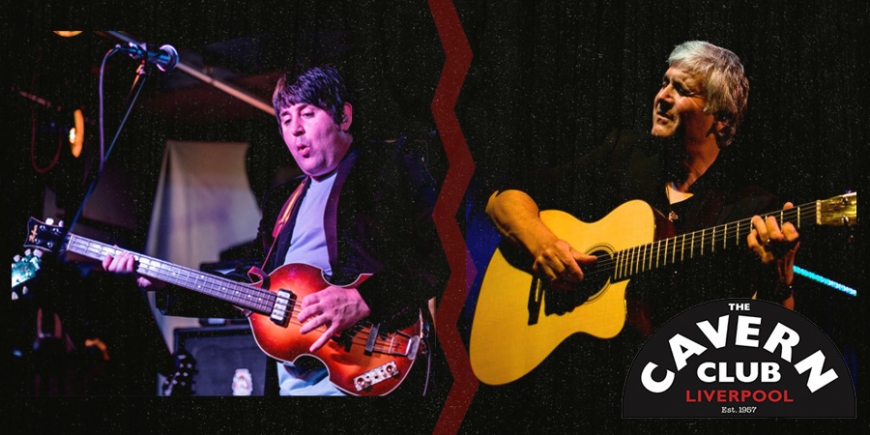 McCartney mania coming to the Cavern!

There’s a Paul McCartney theme emerging this Autumn at the Cavern.

Macca’s ‘Wings’ man Laurence Juber is set to play a special acoustic set at the club next month.

And then in November, there is a musical tribute to Macca in the form of Pure McCartney, presented by the Cavern’s own Tony Coburn. GRAMMY® winning Laurence Juber, who appears at the club on October 10, spent two years playing lead guitar with Wings in the late 1970s, and in the last four decades he has cemented a reputation as a world-renowned guitar virtuoso, composer and arranger.

The Londoner first picked up a guitar as an 11-year-old and studied classical guitar as a teenager. He even learned the lute!

And before he joined Wings, he worked with Abbey Road wizard George Martin, French crooner Charles Aznavour and played on the theme for Bond film The Spy Who Loved Me. Nobody, it seems, does it better.

Juber – or LJ as he is known – fuses folk, jazz and pop to create his own unique style of performance, and listeners will be amazed that the sound is created with just one acoustic guitar.

Book tickets in advance for the show, and find out more, HERE.

Meanwhile on November 5, the Cavern Club Beatles’ own Sir Paul, Tony Coburn, will reunite with Cavern and Beatleweek favourites McDonald’s Farm to present Pure McCartney on the Live Lounge stage where Macca himself played back in 1999. McCartney recently celebrated his 75th birthday, and this show celebrates his incredible back catalogue from over six decades, taking in Beatles classics to Wings favourites and some of his many, many solo records. We can’t guarantee the Frog Chorus, but we can promise a cornucopia of melodic delights.

Expect to hear some McCartney hits along with fan favourites including “Live and Let Die”, “Silly Love Songs”, “Penny Lane” and more!

Find out more about the show and book tickets HERE