Your Are Here:  Home Cavern News What’s happening at the Cavern… (June 2019) 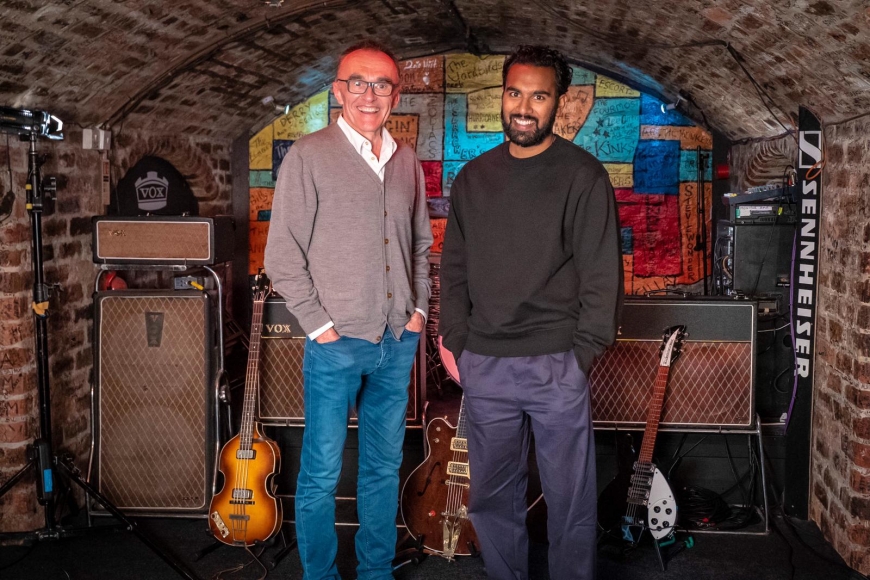 Hello and welcome to the June newsletter.

How was your May? With not one but two Bank Holiday weekends, and the little matter of the annual International Pop Overthow in between, there was plenty going on here in 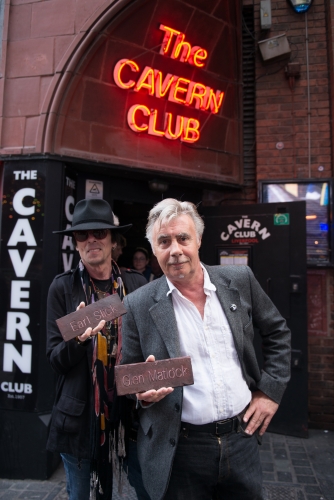 We also had an impromptu visit last week from director Danny Boyle, and Himesh Patel who is the star of Boyle’s latest film – Yesterday – which is out this month and which imagines a world in which the Beatles never existed.

Of course, in reality, the Beatles played the Cavern 292 times, helping make it the most famous club in the world. And it seems the Cavern is STILL the UK’s best small venue – according to new research done by the Institute of Contemporary Music Performance

(ICMP). Researchers looked at social media data and TripAdvisor posts to see which of the hundreds of venues across the country were most-loved by music fans. Not only did the Cavern come out head and shoulders above other venues of its size, but it was also the most Instagrammed and most reviewed.

Meanwhile, June has got off to a memorable start with the return of two musical legends to the Cavern.Glen Matlock is best known as original member of the Sex Pistols and co-writer of it’s famous Never Mind the Bollocks album, including Anarchy in the UK and God Save the Queen.

Earl Slick is a veteran session player is known for his work with David Bowie and John Lennon among many others, and is a good friend of the Cavern Club.

And if seeing both on stage together rocking the Live Lounge wasn’t enough, we also

celebrated their visit and that friendship by adding both musicians to our Cavern Wall of Fame.

ALL I HAVE TO DO IS DREAM 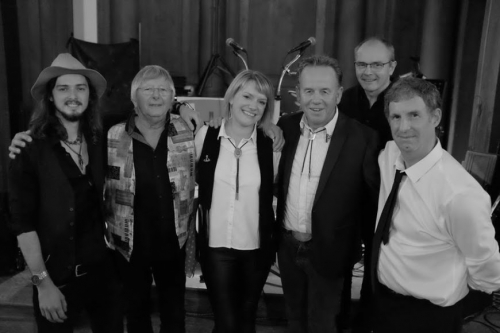 Acoustic Country duo Tennessee Waltz celebrate their heroes the Everly Brothers at the Cavern this month.

The Everlys influenced a generation of musicians including Liverpool bands like the Beatles and the Searchers.

like Wake Up Little Susie, Bye Bye Love, Bird Dog, Cathy’s Clown, Walk Right Back, Let it Be Me, Devoted to You, Crying in the Rain and All I Have to Do is Dream.

Tennessee Waltz will recreate the sights and very special sounds with a six-part group performing on the Live Lounge stage. 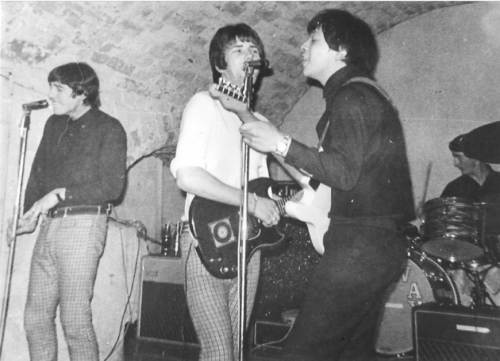 The Hideaways, Beryl Marsden and The Kirkbys are set to recreate the Mersey Beat magic in the club which shook the world.

Liverpool Rocks promises an afternoon of brilliant original sounds of the 60s from the musicians that were there.

Big-voiced Beryl Marsden was still a teenager when she started performing at the Cavern, both singing with Howie Casey and the Crew and as a solo artist. She later joined Shotgun Express, singing alongside Rod Stewart.

Meanwhile The Kirkbys, originally known as The Tuxedos, took their name from a suggestion by legendary Cavern Club DJ Bob Wooler no less.

Proceeds from the June 23 show will go to charity. 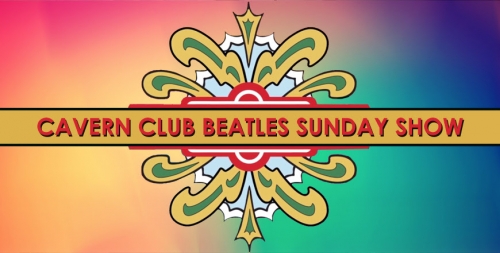 They took North America by storm during a recent visit, but you don’t have to head Stateside to see them because now there are even more chances to catch the Cavern Club Beatles right here at home in Mathew Street this summer.

The band regularly sells out its Friday and Saturday night shows in the Cavern Live Lounge.

So we’ve bowed to public demand and are putting on four special summer Sunday night performances during July and August. 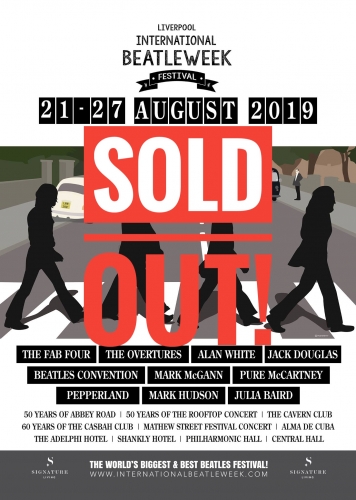 International Beatleweek is just two-and-a-half months away – but if you haven’t got your tickets yet you may be disappointed.

We’ve now sold out of all six hotel and ticket packages, making this year’s festival one of the fastest-selling of recent years.

But don’t despair because there are still individual events you can attend over the seven days from August 21-27.

You can still buy general admission tickets for the Cavern throughout the week, along with the special Macca at the Cavern show at 8pm on August 22, and the Annual Beatles Convention at the Adelphi on August 25.

This year marks 60 years since the Casbah Club opened its doors, and 50 years since the rooftop concert, the release of Abbey Road, the marriages of both John and Paul, and the filming for what would become Let It Be.

For more information on this year’s festival, visit the website through the link below. 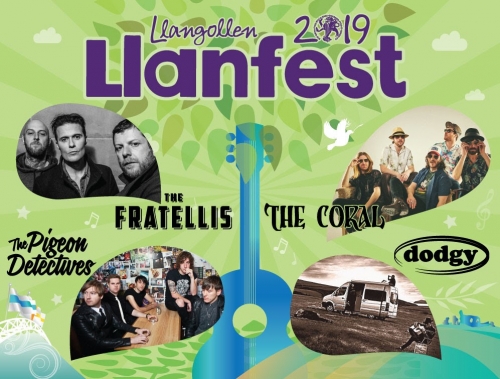 Last year we presented our first-ever pop up stage when we took part in the Llangollen International Musical Eisteddfod.

And we’re returning to the Welsh venue for 2019 to entertain music fans during Llanfest, the festival’s finale party, on Sunday July 7.

The line-up will celebrate the Cavern’s place in the history of pop, with musicians performing iconic songs from artists like the Beatles, The Rolling Stones, Queen, The Who, The Kinks, Oasis and Travis.

Cavern favourites singer-songwriter Richard Batty, Jonny Parry and the Tony Skeggs Band will all play for the festival crowd.

And they will help get the Eisteddfod into the party spirit before the final day’s headliners – The Fratellis and The Coral – take to the main Pavilion stage. 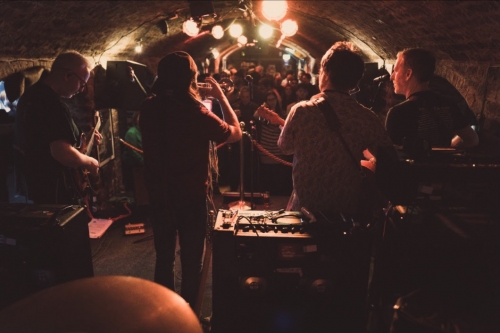 We’ve got live music every day from 11am at the world famous Cavern Club! 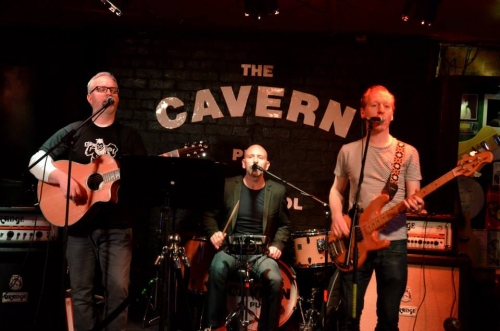 Live music and free entry every day at the Cavern Pub, sister venue to the Cavern Club.

The Magical Mystery Tour is now operating more tours daily with up to 6 on weekends. Our tour, which has been in operation for 35 years continues to take its passengers on their personal pilgrimage of Beatles Liverpool sites while exporting them back to the swinging 60s. All tickets include entrance into the Cavern Club all day and night on tour date. 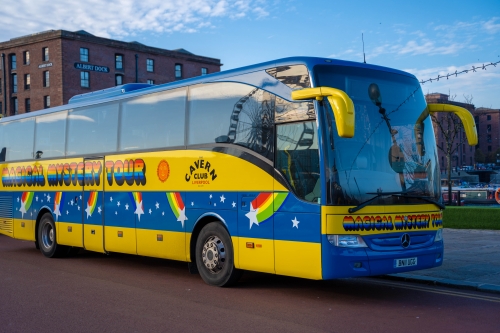