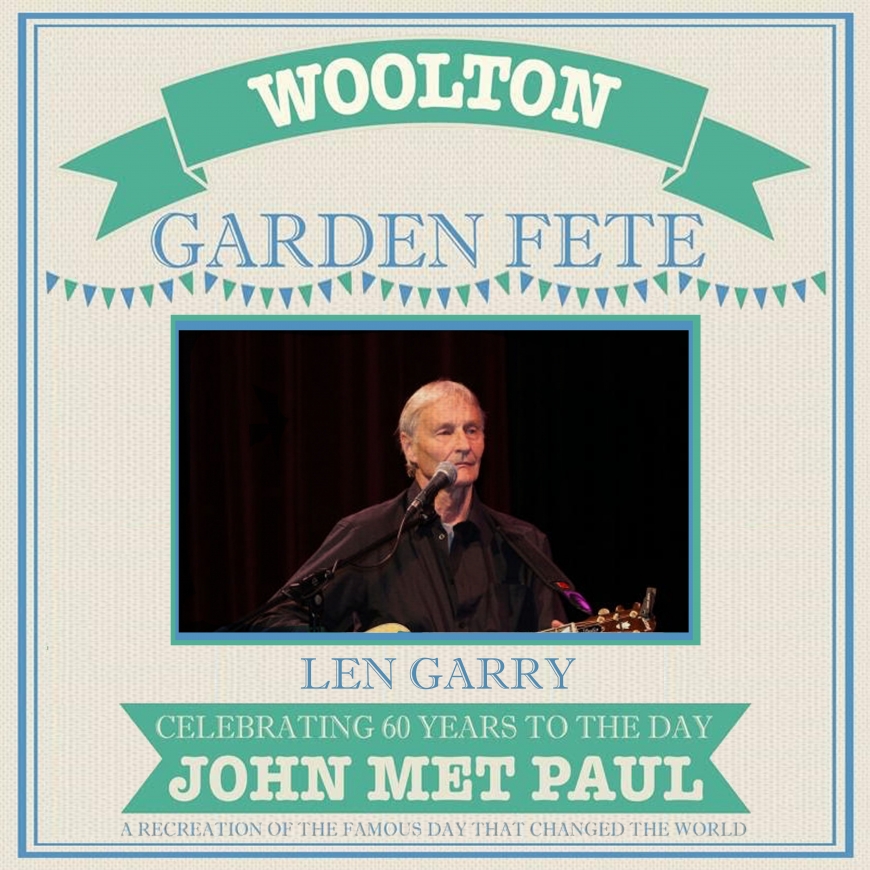 Len Garry of the Quarrymen looks back on his time with John and Paul ahead of our Lennon/McCartney 60th Anniversary celebrations.

On being friends with John Lennon…

Len Garry: “I passed my 11 plus and I went to the Liverpool Institute. It’s there I met Ivan Vaughan and we became buddies.

“Anyway, I called over one afternoon, cycling from my home in Lance Lane, via Durdlow Lane and on to Menlove Avenue. I rode in to Vale Road and saw these lads, Ivan Vaughan, Nigel Walley, Pete Shotton and John Lennon. And we became friends.

“I had my friends in the winter, and in the summer I reverted back to being with John, Pete and Ivan, and we spent a lot of time in Calderstones. We used to hang around. Everyone was on their bikes, and John had his mouth organ.

“We’d smoke our fags. John used to like Senior Service and so did I. We’d spot girls.”

On how he became part of the Quarrymen…

“John said to me, this would be in 1956, ‘we’re in the Quarrymen now. I’ve got a skiffle group’. This guy, Bill Smith, never turned up for any rehearsals and John said ‘would you like to come in on the tea chest bass?’

“I thought it might be a chance for me to sing a few songs. I didn’t know what was involved. Nothing much! It was just a stout string on a pole, and a box.

“And that was it, I was in the Quarrymen.”

On playing in the Rose Queen procession…

“We’d already played Rosebery Street in the open air on the back of a lorry. What’s this thing about lorries?!

“At Woolton, the lorry was parked in Church Road outside St Peter’s Hall, which was on a bit of a slope. And as it moved off, we all nearly fell off.”

On the moment John was introduced to Paul…

“I remember Paul picking up a guitar and slinging it behind his back. I didn’t know he was a left-handed guitarist. And he gave a Little Richard improvisation. I thought it was terrific.

“I said to John – ‘he can do Little Richard, you can’t do that’. John didn’t say anything!

“I knew he (McCartney) could play anyway, I knew him at the Institute and he’d brought his guitar with him to school.” This will be followed in the evening by the Grand Dance at  7:30pm. Tickets are £20 and available here.