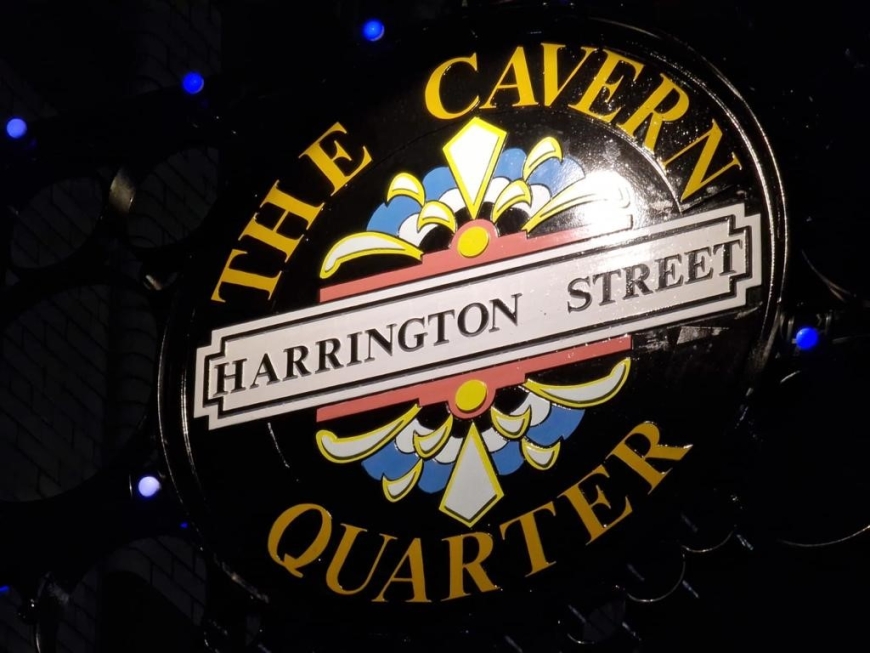 Since Liverpool BID Company acquired ownership of the archways, from the Cavern Quarter Initiative, in March, the structures have undergone a much-needed refurbishment and have been returned to their rightful places this November. The arches, which decorate and signpost the entrances in to Liverpool’s Cavern Quarter, were removed before being stripped back to the raw material, restored to their former glory and enhanced with the addition of multi-coloured LED lights.

This makeover of the 5 entrances in to the Cavern Quarter has been long overdue, as they have not been retouched since their installation in the early 90’s where they have been in place for the past 30 years. The archways have been stripped back completely to be re-painted black, along with the original and recognisable central disc design reinstated.

The arches, complete with new central design spot lights and multi-coloured LED light features, will be now be lit up, just in time for Christmas.

Liverpool’s famous Mathew Street is home to the iconic Cavern Club, sister live music venue The Cavern Pub and The Cavern Restaurant plus many other bars, restaurants and  Beatles museum. It is a tourist hot spot which has seen an exponential growth in visitors from around the globe since 2008 when the City was awarded the Capital of Culture accolade.

The entrance archways which are synonymous with Mathew Street are regularly photographed and filmed by visiting tourists and media, are now back in place looking better than ever.

AE Farrell Contracting completed the restoration work while L.I.T.E installed the lighting features on the arches.

Attendees gathered on Wednesday 16th November at the Cavern Restaurant for a few words from Bill Iveson on behalf of the Cavern Quarter Initiative, followed by Bill Addy CEO of Liverpool BID Company, before the official unveiling. 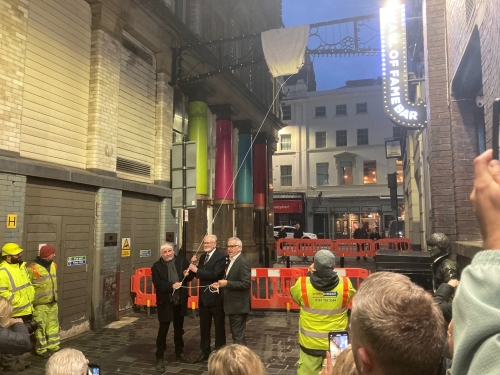 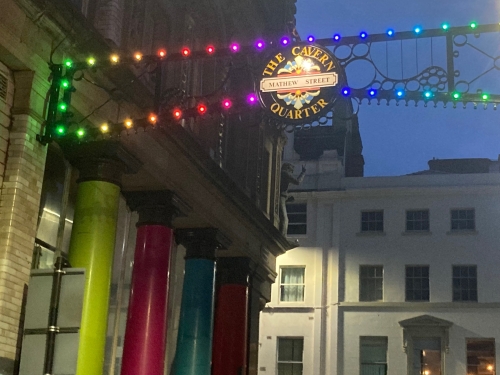 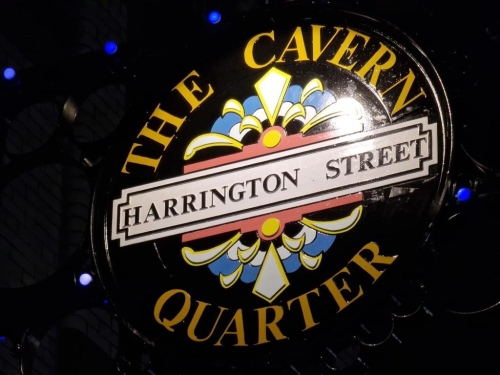