Your Are Here:  Home Cavern News The finest Beatles tribute acts from around the world take to new stages at Liverpool’s International Beatleweek Festival 2023 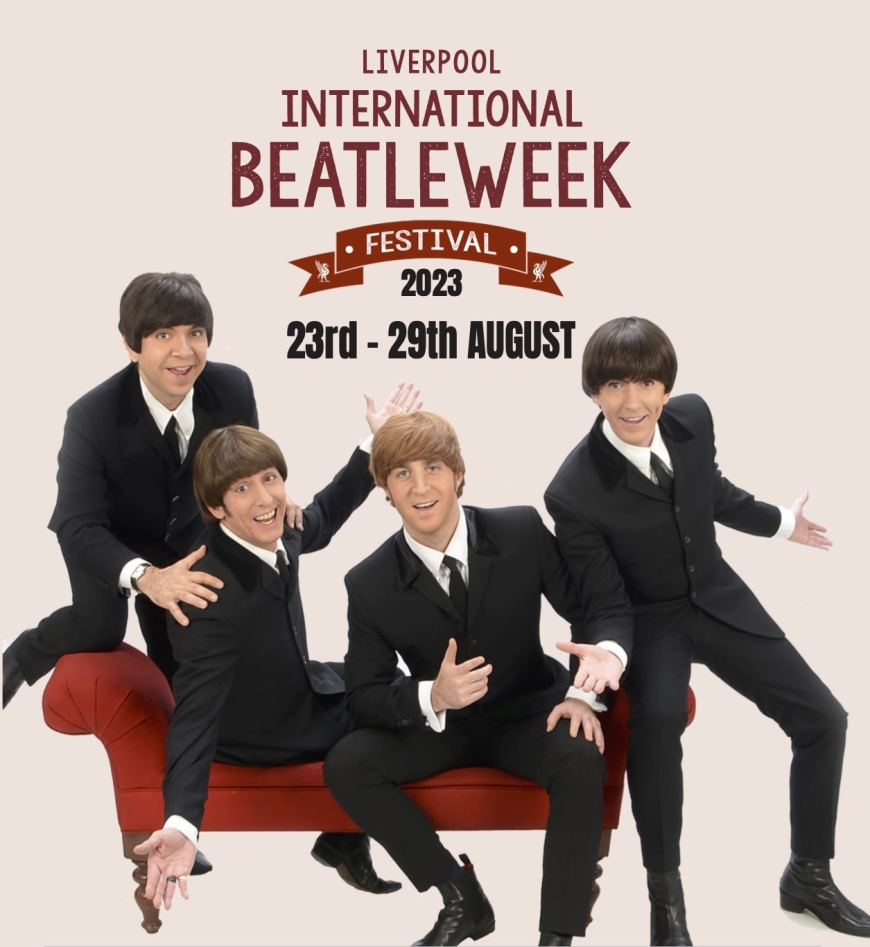 Cavern City Tours, owners of The Cavern Club venues and operator of Beatles tours are in full planning mode preparing to deliver 2023s annual International Beatleweek Festival. Renown as the biggest Beatles festival in the world, IBW takes place every August in the city of Liverpool.

With live music at the forefront of the festival, next year’s programme which was announced on 28th November, will see the return of America’s finest Beatle tribute ‘The Fab Four’ and ‘The Analogues’ bring their incredible shows to the Philharmonic Hall stage.

The Analogues show hailed critical acclaim from Geoff Emerick, Chief Engineer of The Beatles who said:

Beatles fans from around the world will get to experience three venues that have never-before featured at Beatleweek. The Everyman Theatre, which has seen a plethora of well-known actors and performers including Stephen Graham, David Morrissey and IBW favourite Mark McGann tread the boards, will be a highlight venue for a ‘Hope Street take over’ on Friday 25th August. The Philharmonic Dining Hall also joins the list of ‘newbies’ on this day as IBW fills the famous, ornate pub with the live sounds of Beatles music for the first time since Paul McCartney’s secret gig in 2018.

“2023s festival programme has a really good mix of themes which celebrate all musical eras of The Beatles, so there’s something for everyone.

The live music focus of International Beatleweek, complimented with guest speakers sharing insights and anecdotes of the lives and careers of the Fab Four, plus the annual convention day which offers memorabilia, artwork, films and much more.”

“Liverpool is lucky to have so many fantastic venues which International Beatleweek embraces. You can expect world-class shows in iconic venues with stunning back drops.”

International Beatleweek kicks off a year of planned events and activity to celebrate 40 years of Cavern City Tours. With more details to be confirmed, the year will mark the growth and achievements of the company and highlight Liverpool’s changing tourism landscape through the last four decades.

International Beatleweek Tickets and packages are on general sale now. Please visit internationalbeatleweek.com for more information and to book.