Your Are Here:  Home Cavern News The Cribs launch their new album from The Cavern tonight! 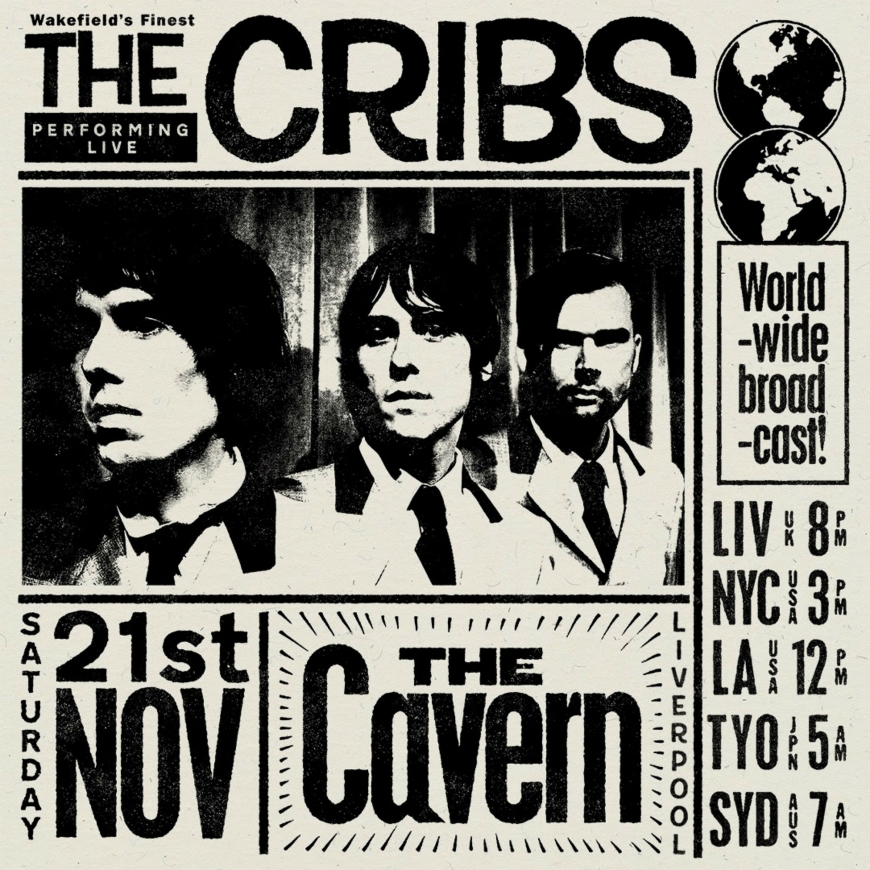 The Cribs launch their new album from The Cavern tonight!

NME and Q Award winning band The Cribs launch their hugely anticipated new album with a streamed gig from The Cavern tonight at 8pm.
The band hailing from Wakefield who haven’t performed live since 2018, chose The world famous Cavern Club stage to catapult themselves back onto the music scene with their new album ‘Night Network’. Here’s what they had to say about their return gig and what performing at The iconic Cavern means to them.

The Cribs join a long list of well-known artist who have played at the famous Liverpool cellar club including Sir Paul McCartney, Arctic Monkeys and Adele who also launched her multi-award winning album ’21’ from the same venue in 2011.

Night Network launch gig is a ticketed event for fans around the world to enjoy from the safety and comfort of their own homes. Streaming start at 8pm tonight. Tickets available HERE