Your Are Here:  Home Cavern News The most famous club in the world celebrates 55 years 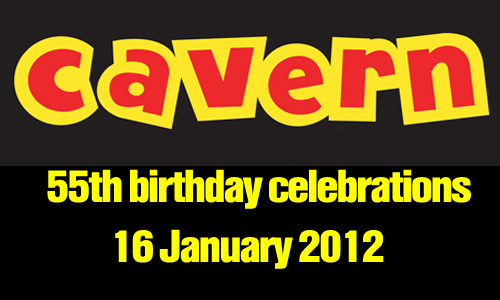 The most famous club in the world celebrates 55 years

Celebrations will include a visit from Liverpool’s Lord Mayor, Councillor Frank Prendergast who will meet the Mayor of Solihull, Councillor Irene Chamberlain and, along with 200 pupils, will present Cavern Club owners with a giant 55th Birthday card filled with personal messages.

Cavern Club owner Dave Jones said: “We have an ongoing relationship with Solihull Music Services after they started bringing pupils to visit us almost four years ago. We were extremely impressed with the musical ability we saw and since then we have honoured our commitment to fostering new music talent by inviting them back for our birthday. The Cavern Club isn’t just about Liverpool’s great music legacy but about the music of today and the musicians of the future.

“We have also made each performer an honorary member of our new Cavern Club membership scheme which launches today. The Cavern started as a members club and we feel that now is the right time to go back to our roots. Those who sign up will have access to exclusive content on our website along with other ‘member only’ benefits.”

The Cavern club opened its doors on 16th January 1957 and was Liverpool’s first venue dedicated to live popular music. Over half a century later, The Cavern is still surviving and thriving as a contemporary music venue with resident tribute bands and original acts performing seven days a week.

Liverpool’s Lord Mayor, Councillor Frank Prendergast said: “For 55 years Liverpool’s famous Cavern Club has played a pivotal role in pop music throughout the world. I’m proud and excited to be recognising and celebrating this landmark birthday today with the owners and some of our future musical stars.”

The Cavern Club’s 55th Birthday is the first in a long line up of anniversary events taking place in 2012 – The Beatles 50th anniversary year.

Solihull Music Services at the Cavern Club from 11.30am

Wallace and the Potatoes