Your Are Here:  Home Cavern News Ian Prowse’ ‘Monday Club’ celebrates its 10th birthday with the return of original live music to The Cavern Pub 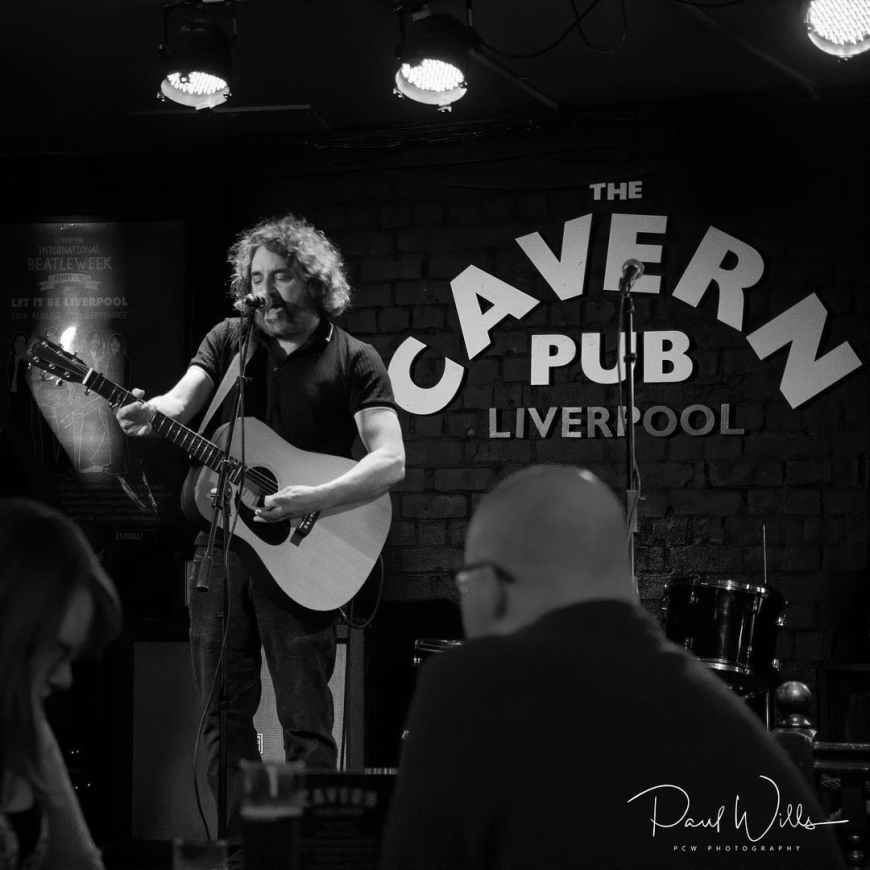 The Monday Club is an original live music open-mic night that takes place every Monday at The Cavern Pub and has been a regular fixture for 10 years now.

Due to the pandemic the, usually packed out with talent, club has been halted for the past 16 months. On Monday 19th July it returns to its home and birthplace to celebrate its 10th anniversary.

We decided to sit down with Ian Prowse, the founder of The Monday Club and ask him about the club, how it feels to reach this milestone, about returning to The Cavern and to find out how lockdown has treated him.

WHY DID YOU START THE MONDAY CLUB AND WHAT WERE YOUR INITIAL PLANS/AMBITIONS FOR IT?

The Cavern contacted me to see if I’d like to host an open mic and my initial reaction was absolutely not, who wants to hear loads of lads doing Wonderwall to death, it would drain me.

Around this time I visited my friend Miles Hunt from legendary Midlands band The Wonder Stuff, he lives in the Shropshire countryside and his local pub The Bridges was running a night of music. 5 acts got up of incredible quality playing for 15 minutes each and I didn’t know a single song.

I said to the Cavern let’s do the same thing, strictly no covers, open it up to full bands, poets, playwrights, comedians and anyone creative…. and let’s give it a name. I felt really comfortable with it that way, I could put my heart and soul into it.

So The Monday Club was born.

They said ok, we’ll give you 6 weeks, see if it sticks. It stuck.

HOW HAS THE CLUB CHANGED/DEVELOPED OVER THE PAST TEN YEARS?

It’s become a real institution, people come in from all over just to play their 3 songs, I don’t just mean the UK either. Because of the reach and reputation of the Cavern Club, we get people from all over the world wanting to play.

The format has remained the same since day one, every act gets a warm welcome to the club, every performance gets a rousing introduction and when they’ve finished everyone gets a cheer off the stage.

It’s a brilliant place to play for new artists and so much more than an open mic. You get monitors, amps, drums and a wonderful discerning crowd. There’s a reason we’ve lasted 10 years.

The only difference is I worked out how to use the monitors about 4 years ago!

CAN YOU TELL US ABOUT ANY SUCCESS STORIES THAT HAVE COME OUT OF THE CLUB?

Almost every act who’s broken outside of the city limits in the past 10 years has played at the Monday Club. Some, like Red Rum Club, have used the night to hone their act, do an apprenticeship almost, turning up week after week for months on end until they have gotten to where they want to be, it’s great for that. She Drew The Gun came played as they were getting their act together, and you never know what mover or shaker is in the crowd

AFTER LIVING FOR SO LONG IN THE VIRTUAL MUSICAL WORLD, HOW DOES IT FEEL TO BE BRINGING THE MONDAY CLUB BACK TO A LIVE AUDIENCE?

It’s going to be a momentous evening, we’ve all missed it so much, our musical community is something we all valued so much. It’s just beautiful that it’s on its 10th birthday as well, we couldn’t have planned it better.

DID YOU FIND LOCKDOWN PRODUCED MORE SONGWRITING CREATIVITY FOR YOU PERSONALLY AND THE MONDAY CLUB MEMBERS?

I took to doing 40 on-line shows during the pandemic which were a roaring success and kept my spirits up as well as a fair few other people. We did a few virtual Monday Clubs but it was difficult to make it work and get everyone to stick to the rules, we had a few comical moments though.

I’m glad we did a few but it was hard to control everything, so we shelved it. The spirit of Monday Club survives on its own and people were constantly getting in touch asking “when are we back”?!

TALKING OF BIRTHDAYS, IT’S 32 YEARS THIS YEAR SINCE YOU STARTED PELE AND 22 SINCE AMSTERDAM WAS FORMED. HOW USEFUL WOULD A ‘MONDAY CLUB’ HAVE BEEN FOR YOU IF IT HAD EXISTED THEN?

Pele would definitely have used it. It’s not just the vital on-stage experience, it’s the people you meet, it’s the connections. Young bands who come in know that I know everyone, we can help them get in touch with labels or management or just give advice on what to do next.

AFTER 16 MONTHS OF BEING CLOSED, WHO GETS THE HONOUR OF PERFORMING FIRST ON THIS SPECIAL NIGHT?

I have a few ideas, it’ll be one of the regulars I think, one of the pillars of our wonderful community. It being our 10th birthday there’s so much to celebrate.

I spoke often about our precious Monday Club during my lockdown shows, and played, what has become the Club’s anthem ‘Hide The Sausage’ on many occasions so I think the roof will come off when the lads play that one on Monday 😀

LOOKING TO THE FUTURE, WHAT’S NEXT FOR THE MONDAY CLUB?

We shall carry on making it the best night for original songwriting in the country, a bastion of authenticity, myself and the Cavern are a match made in heaven for this. I want it to be remembered in the city in 50 years-time for the important work that we do.

FINALLY, CAN YOU TELL US – DOES THIS TRAIN STOP ON MERSEYSIDE?

Yes! And it will carry the righteous and the crazy, it is Liverpool after all.

The Monday Club takes place every Monday at 8pm and is run by Ian Prowse, tickets are not needed, you can arrive on the night. The Cavern’s venues are operating a little differently at the moment so please check our know before you go information before visiting.