Your Are Here:  Home Cavern News The last mile to Nashville for competition finalists 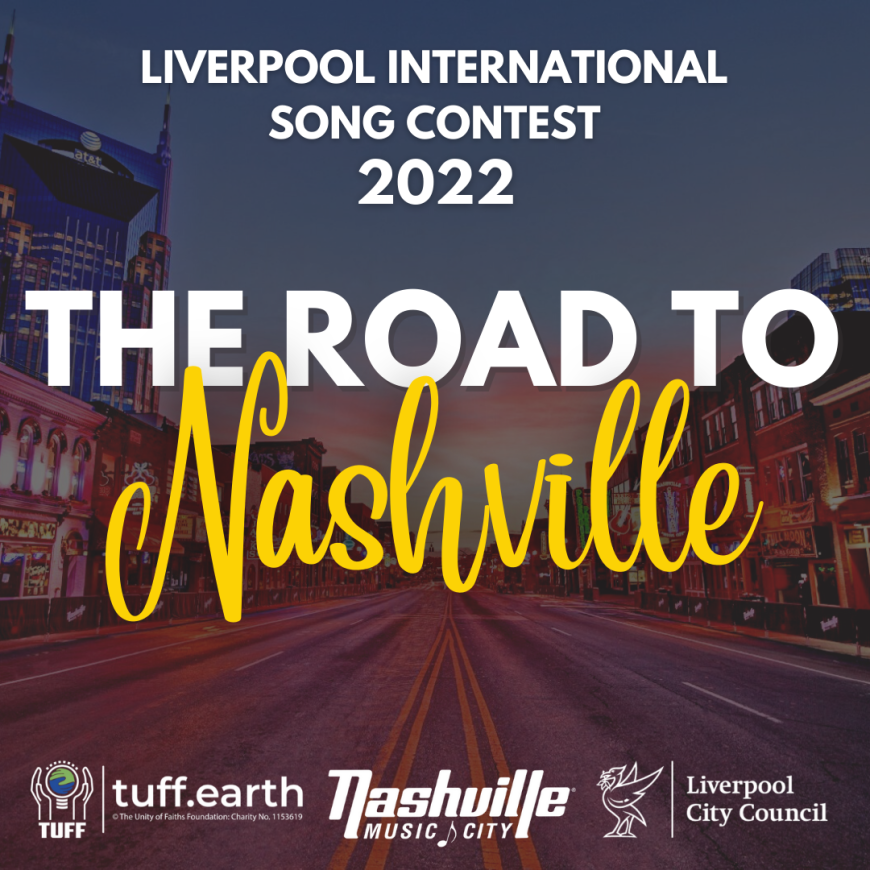 The last mile to Nashville for competition finalists

The road from Liverpool to Nashville comes to a close for 10 singer-songwriters  on Sunday 9th October when one finalist will be crowned the winner of Liverpool International Song Contest 2022 . The grand finale show takes place in Nashville, Tennessee and will be streamed live to audiences around the world.

The two music city powerhouses, Liverpool and Nashville, come together to raise awareness for mental health.

The launch of the Liverpool International song Contest 2022 started with a live stream launch between Liverpool, hosted at the British Music Experience, and Nashville, anchored at the Musicians Hall of Fame & Museum. on 9th May.

The seven month project has attracted over 20,000 songs submitted by over 18,000 songwriters. This is a global, historic project, bringing Nashville & Liverpool together to support musicians & songwriters battling the stigma of mental health while promoting diversity and understanding.

The mayors from both of these iconic music cities will come together this Sunday, along with Cavern directors Jon Keats and Paul Jones who will be performing live during the show.

Last year, the project took place in The Cavern Club, acquiring over 20,000 submissions from 28 countries. The top prize for the inaugural contest went to James Holt for his song “Make My Day.” You can relive the performance here.

The Cavern will be sharing the Road To Nashville’s live stream to their Facebook page this Sunday 9th October, on what would have been John Lennon’s 82nd birthday.

WHAT IS LIVERPOOL INTERNATIONAL SONG CONTEST?

Last year, Liverpool City Council played a role in supporting the International Song for Kindness created by the charity TUFF (The Unity of Faiths Foundation) to support the goals of empowering young people and promoting acceptance, equality and respect for other cultures.

The Liverpool International Song Contest is a vehicle used to tackle discrimination and mental health stigma, providing support for those most in need and developing a bespoke mental health service infrastructure specifically tailored toward those in the creative sector.

Participants in the 2020/21 Liverpool International Song Contest were invited to attend one of 23 workshops across the Liverpool City region, delivered by TUFFs Music division and led by TUFFs co-founders Anna Prior & Dr Shamender Talwar FRSA (renowned social psychologist) and Liverpool based producer Daniel Xander BSc MA (TUFFs Head of Music).

These engaging workshops provided education in music, production and human values. While also providing education on mental health and counselling with mental health practitioners. As well as the thousands who attended the in-person workshops, TUFF also offered an online version of the syllabus for those unable to participate. This online digital format provided people with the same opportunities and one to one counselling, delivered in a way that best suited their needs.

The connection with Liverpool came about because TUFF developed the global #KIND20
campaign as a way to demonstrate and promote social integration, which reached a staggering 6.5 million people worldwide. After conversations with The Cavern Club and other organisations in Liverpool, they came up with the idea of an International Song Contest to celebrate what would have been John Lennon’s 80th birthday.

Kevin McManus, Head of UNESCO City of Music, was involved on behalf of the city and attended the final event at The Cavern in October 2021.