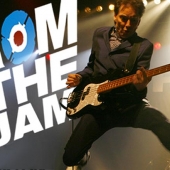 Tuesday, 15 January 2019
The Cavern has seen thousands of musicians play on its stage since it first opened in 1957. Some like The Beatles have appeared hundreds of times, while others – from Adele to Queen - have made the pilgrimage to Mathew
Read Article Here 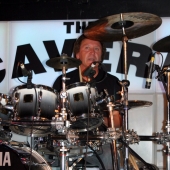 Kenney Jones & the Jones Gang come to the Cavern

Monday, 14 January 2019
As drummer with The Small Faces, Faces and The Who, Mod royalty Kenney Jones was the backbone of three of the UK’s biggest bands of the 20th Century. Stepney-born Jones was still just 16 when he shot to fame with
Read Article Here 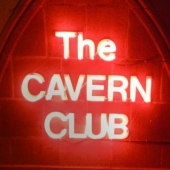 We want your memories of the Cavern

Friday, 7 December 2018
The Cavern holds a lot of memories for many thousands of people - and now we'd love to hear about them. Over the past 61 years, generations of Cavern dwellers have enjoyed live music in the 'best of cellars', have
Read Article Here 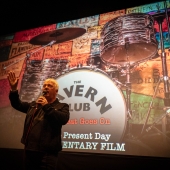 The beat goes on with a new Cavern Club documentary

Friday, 30 November 2018
A lot has happened in the life of the Cavern since it first opened in January 1957. Last year the club marked its 60th birthday with 12 months of celebrations which included a big birthday party, a theatre show, special
Read Article Here 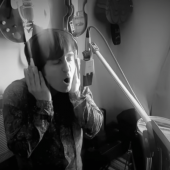 Jimmy Coburn launches his new solo album at the Cavern

Thursday, 8 November 2018
He’s best known to Cavern dwellers as one quarter of the Cavern Club Beatles – one Lennon-shaped quarter to be precise. But Jimmy Coburn is stepping out from occupying the shoes of the late music legend this weekend to launch
Read Article Here 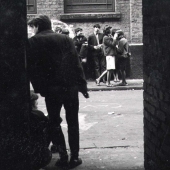 Friday, 26 October 2018
I went to the Cavern between the ages of 15 and 19, so that would be 1962-66. The first six months was when I was a student at Machin & Harpers Secretarial College just off the top of Bold Street.
Read Article Here 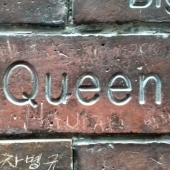 Rock legends Queen and the Cavern

Monday, 22 October 2018
The Cavern has seen plenty of rock royalty in its 61-year history. Leaving aside the most famous band in the world, some starry names have made their way to Mathew Street over the decades – all immortalised on our Wall
Read Article Here 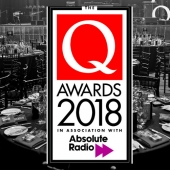 Friday, 19 October 2018
It’s been a good year for London indie rockers Wolf Alice. Last month they won the Mercury Music Prize for their second album Visions of a Life. And now they have added the prestigious Q Award for Best Live Act
Read Article Here 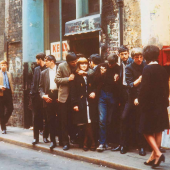 Friday, 28 September 2018
I first went to the Cavern with my friend Hilary Williams when we were 16 years of age. I remember walking down the cobbled street and into the narrow passageway at the entrance to the club, then descending down the
Read Article Here

Wednesday, 19 September 2018
The Cavern Club opened its doors as a jazz club on 16th January 1957, owned by Alan Sytner. The doorway was originally where we now have our Cilla Black statue, which is The Cavern Club’s fire exit. On 3rd October 1959, new
Read Article Here 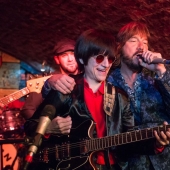 Wednesday, 29 August 2018
And so it’s been another Hello Goodbye as International Beatleweek has come to a close after eight days of fantastic Fab Four fun. Bands and Beatle fans descended on Liverpool – birthplace of the biggest band in the world –
Read Article Here 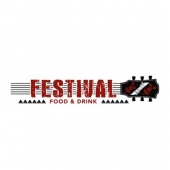 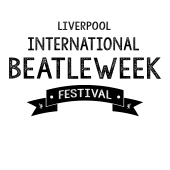 10 things not to miss at International Beatleweek

Monday, 13 August 2018
With just 10 days before this year’s International Beatleweek, it’s all systems go here at Fab Four central. Beatle bands are set to converge on Liverpool from the four corners of the globe this month – including Argentina, Russia, Japan,
Read Article Here 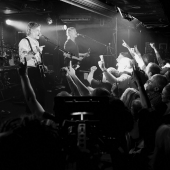 Macca Back at The Cavern Club

Wednesday, 1 August 2018
The news is out! Sir Paul McCartney made his first official return to the Cavern stage in almost 20 years! Macca played a fantastic two-hour set – almost his full arena show – in front of an intimate 150-strong audience
Read Article Here 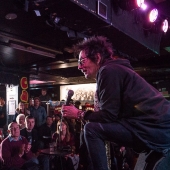 Friday, 20 July 2018
New York-born guitarist Earl Slick returns to the Cavern this September for an intimate ‘in conversation' where he will perform extracts from songs and talk about his amazing musical career. The 65-year-old has played with some of the biggest names
Read Article Here
Prev12345678910Next